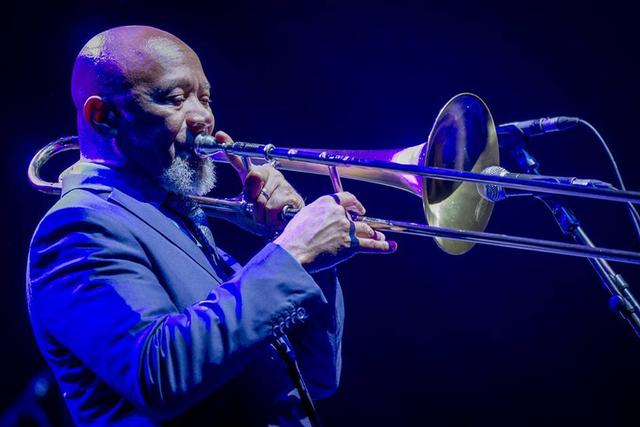 An avid music lover at an early age, Greg’s first steps into the world of playing music were on alto saxophone at the age of 10. Although his primary focus was classical tuba, he was already playing gigs on tenor saxophone with local R&B and funk bands.  Switching to trombone in his freshman year at St. Mary's College (Maryland) for his off-campus engagements, he left school after his third semester and joined Parliament/Funkadelic in 1978.  He played with them until his retirement from the group in 1996, along the way also playing with Chuck Brown & the Soul Searchers between tours.

Plenty of stories to explore from this trombone master.  If you missed it, here's your opportunity to tune in on the October 7th beginning of Session #3 of Jazz Tales!