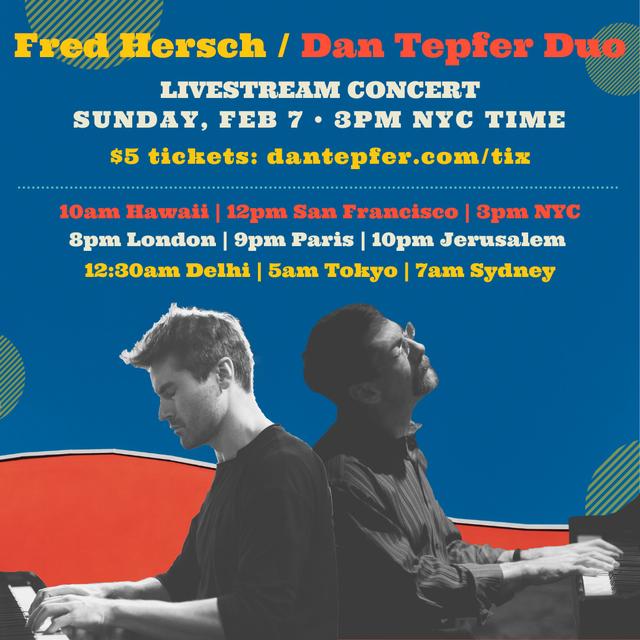 A select member of jazz’s piano pantheon, Fred Hersch is a pervasively influential creative force who has shaped the music’s course over more than three decades as an improviser, composer, educator, bandleader, collaborator and recording artist. A fifteen-time Grammy nominee, he has been proclaimed “the most arrestingly innovative pianist in jazz over the last decade” by Vanity Fair, “an elegant force of musical invention” by The L.A. Times, and “a living legend” by The New Yorker.

Hersch and pianist Dan Tepfer ("a deeply rational improviser drawn to the unknown" according to The New York Times) share a long history: Tepfer studied with Hersch starting in 2004 and describes him as a longstanding mentor and friend. This will be their very first time performing together.

Using cutting-edge software Jacktrip, they'll play together from two separate locations, Hersch in Pennsylvania, Tepfer in Brooklyn. Repertoire will include compositions by Hersch and Tepfer as well as choice jazz standards.