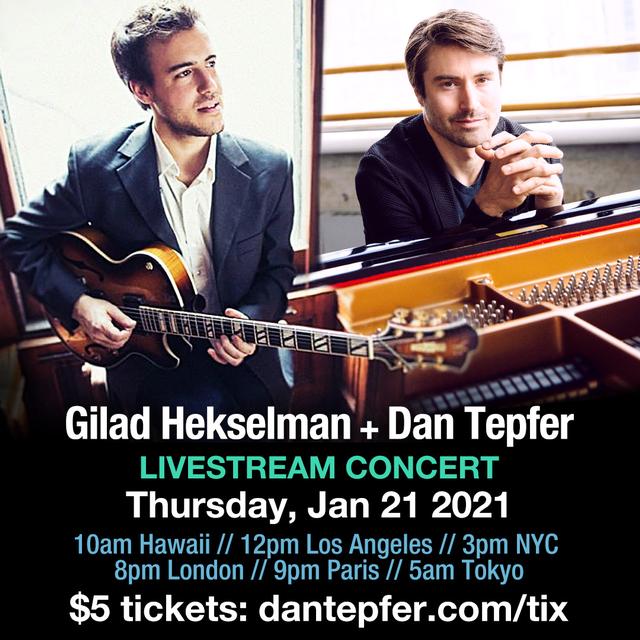 Israeli guitarist Gilad Hekselman is one of the most in-demand musicians on the New York City Jazz scene, with a sound all his own and an ability to seamlessly move between intimacy and intensity. He and Dan Tepfer have played together a number of times, but this will be their first time meeting virtually. Using cutting-edge software Jacktrip, they'll play together from two separate locations in Brooklyn.

The ticket gives you access to the stream archive for a week following the live performance. Concert starts at 3pm NYC-time on Thursday, January 21st. This is: