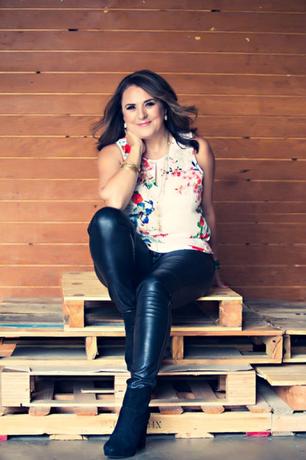 Originally from Spain, Galán got her professional start in Washington, D.C. She has since become one of the most popular jazz vocalists on the West Coast, and her music is heard in many parts of the globe. Her sets include her highly praised originals and beloved jazz standards couched in captivating arrangements that reveal her Spanish ancestry.

Her first album as a leader,  All About Love, was released in 2016. After receiving fabulous reviews, she continues to get airplay and interviews in a growing list of countries in North America, Europe, Scandinavia, and Africa. In 2019 she collaborated with Virginia bassist Christian de Mesones on the album, They Call Me Big New York. Their work includes the memorable composition, Hispánica, a stirring anthem for Latin Americans. Galan is warm and charismatic and has a strong presence on social media. Her latest work includes Make You Mine, featuring the sensational sax work from Justo Almario; the remake of the holiday classic, The Christmas Song, produced by Billboard Artist & Producer Greg Manning, made Billboard’s Most Added; and her latest release was the homage to Debora’s inspiration to signing, Barbra Streisand, with her Latinized version of What Are You Doing the Rest of Your Life. Currently, she is working on another album with her Emmy-winning producer, Allan Phillips.

As a composer, she writes with strong melodic content and compelling and exciting variations in rhythm. Audiences respond enthusiastically. Besides being a very talented and experienced vocalist, she has excellent crowd appeal.

Doors open at 6pm show begins at 8pm. For our live music on Saturday nights we do have a food & beverage Minimum of $15 in addition to the ticket price. Seating Policy: Ticketholders are seated on as they arrive per the floorplan determined by management ahead of time. Performance area is on our second floor, accessible only by a steep set of stairs.