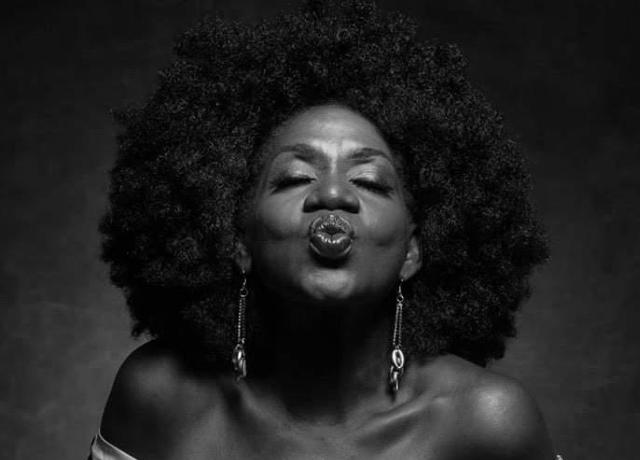 Washington, D.C. standout Sharón Clark has brought festival and concert audiences to their feet across the U.S. and Europe. Her New York run drew raves from the NY Times and the Wall Street Journal, and she won New York’s Bistro Award for Best Vocalist. Ms. Clark has made multiple international tours in recent years, making her debut in Israel and returning to Russia, where she has developed a major following. Her most recent release, “Do it Again — My Tribute to Shirley Horn,” is on its third printing, and she grabs top honors wherever she goes.

Ms. Clark appears regularly in DC at Blues Alley and Loews Madison Hotel. A featured soloist with the Smithsonian Jazz Masterworks Orchestra, the Richmond Symphony, and the Baltimore Symphony, Clark has headlined the Duke Ellington Jazz Festival, the Cape May Jazz Festival and the Savannah Music Festival.

"A revelation . . . I never thought I'd hear a singer with the range, musicality and command of tone and timbre that was Sarah [Vaughn] at her best, but now I have." JazzTimes

Under the direction of the trumpeter Kenny Rittenhouse, and DC recording pianist, Bob Murad, The Bethesda Blues & Jazz Youth Orchestra provides an educational environment and opportunity for young musicians to experience and perform jazz music. With more than 25 High School and Middle School musicians, the Orchestra presents jazz standards from their wide repertory, including such greats from the Jazz and Blues canon as Charlie Parker, Thelonious Monk, Miles Davis, John Coltrane, Art Blakey, Benny Golson, Etta James, Herbie Hancock and many others.

The Bethesda Blues & Jazz Youth Orchestra will perform the first set with Ms. Clark starting at 7 pm. After a brief intermission, Ms. Clark will perform a club set with The Sharón Clark Quartet.