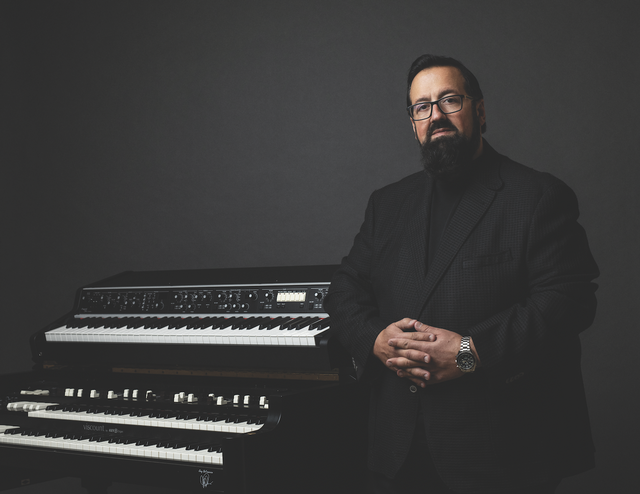 Legendary Jazz Musician, Multi -Instrumentalist, Composer, Radio Personality, & Grammy Nominated Artist Joey DeFrancesco is both the greatest jazz organist of our time and one of the modern day Kings of Swing. The Joey DeFrancesco Trio is performing LIVE at Keystone Korner Baltimore Fri-Sun, October 29-31 with Anwar Marshall on drums and Lucas Brown on Guitar/keyboards.

Raised in Philadelphia, this is where the foundation of his musical roots in Jazz, Blues and other musical art forms were born. To hear Joey DeFrancesco today, his music embodies the traditional art form infused with a distinct modern approach, just part of what makes his music unmistakably his own.

" He has dominated the instrument and the field as no one of his generation has.” – Chicago Tribune

More Music, due out September 24, via Mack Avenue Records, is “more” in every conceivable way. It offers up ten new DeFrancesco originals, brought to life by a scintillating new trio. And the master organist, who has long supplemented his keyboard virtuoso with his skilled trumpet playing, here brings out his full arsenal: organ, keyboard, piano, trumpet, and, for the first time on record, tenor saxophone.