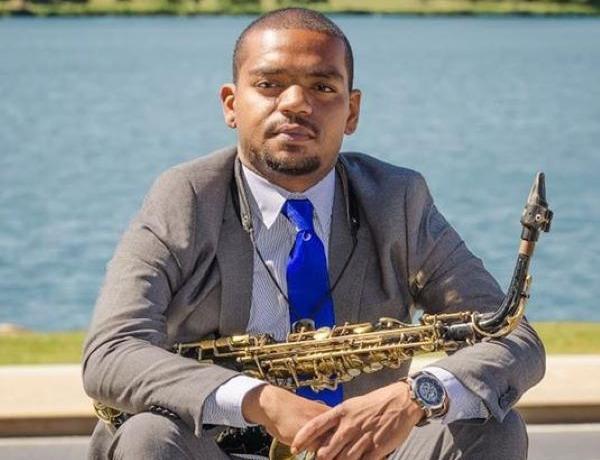 "Herb Scott is a young, soulful powerhouse on alto saxophone. As a bandleader, his style often veers into the over-sweetened terrain of smooth jazz, but no matter what he plays, his fleetness and conviction are undeniable." - Capitol Bop

Herb's first album as a band leader, “Introducing Herb Scott on Alto Saxophone, a NU-Jazz Collective”, was released in 2011. In 2015, Herb started the weekly Capitol Hill Jazz Jam session at Mr. Henry's Restaurant, where Grammy winner Roberta Flack once held her residency. Herb completed his first International Residency at the St. Regis Hotel in Doha, Qatar before returning to the U.S. and headlining at the Legendary Blues Alley Jazz and Supper Club in the fall of 2016.

Herb released his new single "The Jazz Show" on January 9, 2019 for sale and streaming on all major platforms. And in 2020, Herb  stepped up his jazz/rap fusion style with more tracks including “At the Jazz Show Original”, Private Concert”, and “Baila”.In July, 2020 Herb was named a DC Star by the  DC Government’s Office of Cable Television, Film, Music and Entertainment Agency (OCTFME).

Doors open at 6pm show begins at 8pm.. PROOF OF COVID VACCINATION IS REQUIRED. For our live music on Saturday nights we do have a food & beverage minimum of $15 in addition to the ticket price. Ticketholders are seated on as they arrive per the floorplan determined by management ahead of time. Walk-in patrons may be seated as soon as possible if space permits. Performance area is on our second floor, accessible only by a steep set of stairs.