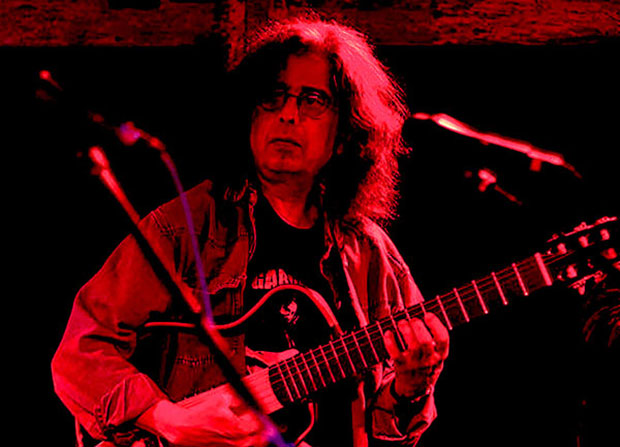 Guitarist/composer Sanjay Mishra has been described as a brilliant and innovative musician, playing with an eclecticism well suited to his multicultural background. After completing his studies at The Peabody Conservatory of Music, he began composing music that combined Eastern and Western influences. In an interview with The Washington Post, he explained, "I come from a tradition that has a lot of improvisation. Sometimes Western classical music can seem a little rigid, I had to find some middle ground." Sanjay first came to public acclaim for his album Blue Incantation with guitarist Jerry Garcia of The Grateful Dead. It is one of Mr.Garcia's rare collaborations in his later years and represents some of his last works.