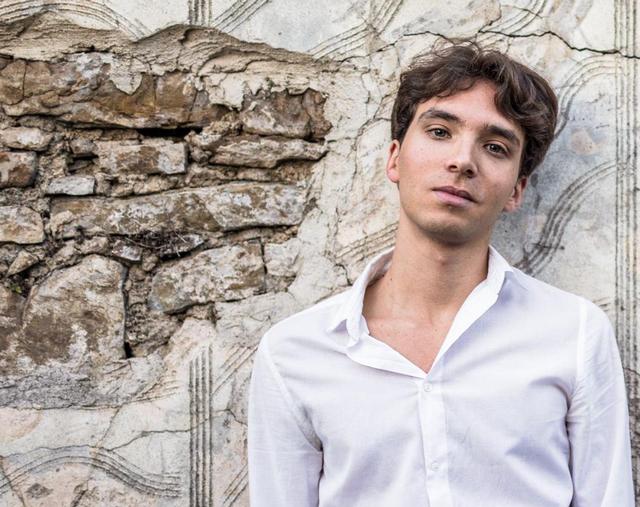 LIvestream from Decatur House Museum
Washington, DC
May be viewed for 10 days following the concert

We are  pleased to present the brilliant Italian pianist Jonathan Ferrucci in collaboration with London's Keyboard Trust.

Mr. Ferrucci is based in London, where he recently graduated from the Guildhall School. His early training was at the Luigi Cherubini Conservatory in Florence. Recent recitals have included Wigmore Hall as first prize winner of the prestigious Jacques Samuel Competition. He is the co-founder of Made in Music, presenting international artists in concerts throughout Italy. Jonathan made his Carnegie  Hall debut with   the Guildhall Artists in New York project and was a prize winner of  the Leipzig International Bach Competition and  Portland Piano International Competition.

He is a daily practitioner of Ashatanga Yoga, and incorporates the principles in his musical preparation.

Jonathan Ferrucci  is sponsored by London’s Keyboard Trust, which  helps the most gifted young pianists perform on international stages, with débuts in London, New York, Mexico, Berlin, Rome, and other music capitals. Over the past 30 years, the Trust has presented  250 young international pianists, historic keyboard players and organists in over 900 concerts worldwide. With such notable musicians as Evgeny Kissin, Alfred Brendel, and the late Claudio Abbado among its trustees, this formula has proved its worth. www.keyboardtrust.org