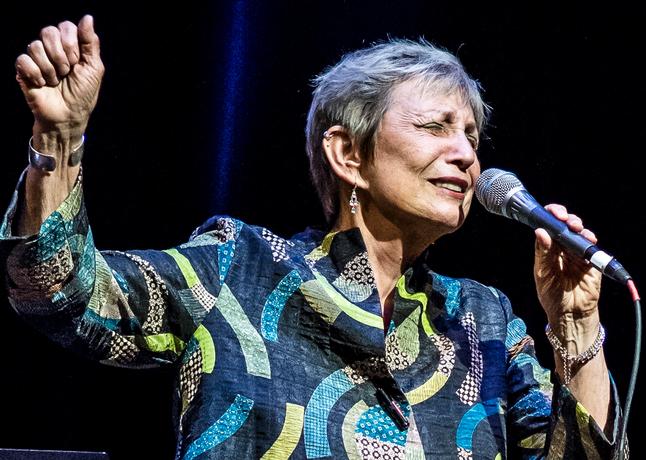 With three critically acclaimed CDs to her credit, Maija is a veteran jazz vocalist and songwriter who took time off to raise a daughter and has returned from this hiatus to dive back into the jazz scene. Maija’s shows are frequently a standing-room only audience experience.

Maija, pronounced “Maya,” has been singing since age nine, when she first performed on Jacksonville on television stations. At age 11, she sang regularly on radio for the USO in Newport, and on WEEI, Boston. Boston songwriters started hiring Maija for new song demos at age 12. At 19, after graduating from high school, she sang with Bobby Timmons at the original Bohemian Caverns in Washington, DC.

Maija's first album Before We Lose Tomorrow was lauded by national jazz critics and aired on jazz stations all over the US, Japan, and on Voice of America. Cadence included Before We Lose Tomorrow as one of its Editor's Choices. In Another Lifetime was also acclaimed by critics in Jazz Times, City Paper, Cadence, the Washington Post, and many other publications. Maija followed her first recording success with In Another Lifetime, which contained some fresh new sambas written by Valucha de Castro. The title cut, In Another Lifetime, written by Maija and harmonized by Robert Redd was included in a compilation of esteemed jazz singers such as Ian Shaw, Melinda de Maio, and Kellye Gray on the album Fruit Cocktail.

Maija ("Maya") has been performing in the DMV since the 90's. With two critically acclaimed CDs to her credit, Brazilian music has always been a centerpiece of Maija's shows and albums. Always generous with her stage, Maija's shows at Mr. Henry's are known to have many a guest artist to regale the crowd, to their unexpected delight.