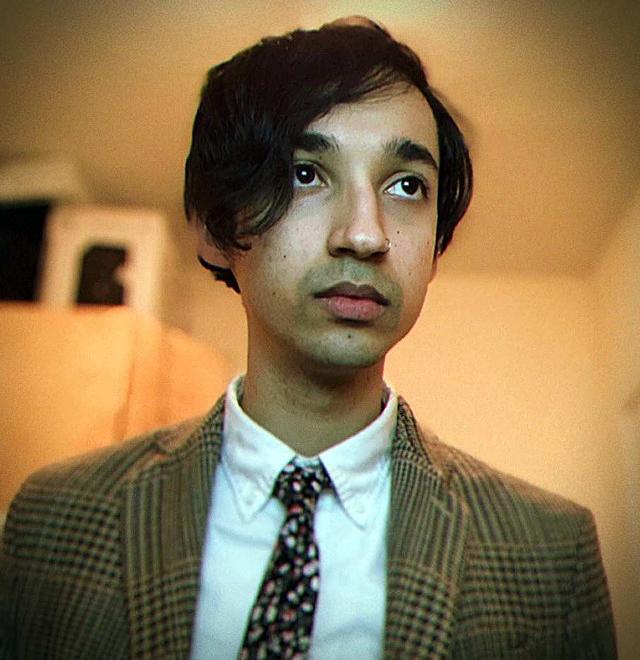 Composer Robert Fernandez premiers his programmatic work for sextet (with laptop) based on The Tale of the Bamboo Cutter. Q and A with the composer to follow.

This traditional Japanese folktale is about a princess, Kaguya-hime, discovered as an infant in a bamboo stalk and raised by the titular character’s family in the forest. Though pursued by many suitors entranced by her beauty, Kaguya-hime rejects them all by assigning them impossible quests to fetch mythical items. Eventually, she reveals that she is from the moon, forced to live on Earth as punishment for an unspecified crime. Despite her own reluctance, she ultimately is forced to return home by the Moon People, who erase her memory of Earth.

Kaguya-hime is a timelessly tragic and resonant character. Her identity is constantly controlled by others, yet mediated by the subversive expression of her innermost desires. Indeed, hers is a struggle for self-identity in a strange, foreign world. With this understanding of the narrative, Fernandez will interweave into the work his own reflections on 1st- and 2nd-generation immigrant identities, as they constantly trapeze the boundary between isolation and assimilation.

Robert Fernandez is a New York-based multimedia composer and double bassist. In addition to writing concert music, he has scored short films, radio programs, and four full-length plays. He is a member of the Brooklyn’s Tongue Honey theatre company, and his work has been presented at the Edinburgh Festival Fringe, The Deep End, and the Upper Jay Recovery Lounge. Robert recently received a Masters Degree in Music from NYU Steinhardt.