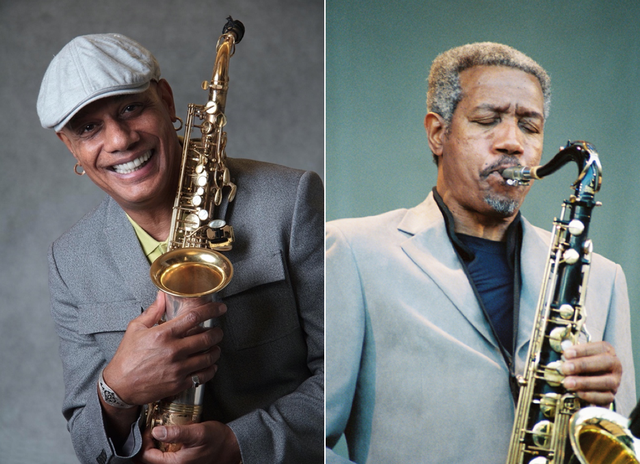 T.K. Blue (Saxophonist/Flautist): composer, educator, bandleader and former musical director and arranger for NEA Jazz Master Randy Weston. T.K. Blue appears on over eighty recordings and has performed with such artists as Don Cherry, Abdullah Ibrahim, Sam Rivers, Archie Shepp, Dizzy Gillespie, Pharoah Sanders, Melba Liston, Chico Hamilton, Stefon Harris, Regina Carter, Bobby McFerrin, Dee Dee Bridgewater, Jimmy Scott, Jayne Cortez, Benny Powell, Mal Waldron, Winard Harper, Warren Wolf, Gregoire Maret, Allan Harris, Candido Camera, Bobby Sanabria, Steve Turre, Arturo O’Farrill, David Murray and Hale Smith to name just a few. In May 2017, T.K. released Amour, his 11th CD, cited as one of the best jazz recordings of the year by DownBeat Magazine (four stars). Deeply indebted to organizations such as Jazzmobile, Jazz-interactions, Henry Street Settlement, and the Muse for his own jazz studies, T.K. has remained committed to music education from pre-K to the university level. In addition Professor Blue has a Bachelor’s Degree in Liberal Arts from NYU, with a major in Music and Psychology, and a Master’s in Music Education from Teacher’s College, Columbia University. He has taught at Suffolk Community College, Montclair State University, and Long Island University where he was also the Director of Jazz Studies from 2007 to 2014. In 2007, T.K was commissioned by NYSCA and Transart Inc. to compose a work dedicated to the early African American presence in the Hudson Valley area of upstate New York. He released Follow the North Star, a suite based on the life of Solomon Northup and his memoir, Twelve Years a Slave.

The Rhythms Continue, T.K. Blue's new suite, is made up of compositions by T.K. Blue, Melba Liston and Randy Weston, featuring an ensemble of musicians who are well-versed in the Africans Rhythms, jazz sensibility and passionate intensity that is hallmark to the compositions of master Randy Weston.

Billy Harper is one of a generation of Coltrane-influenced tenor saxophonists who actually built upon the master's work, rather than simply copy it. Harper is consummately well-rounded, able to play convincingly in any context, from bop to free. His muscular tone, lithe articulation, comprehensive harmonic knowledge, and unflagging energy define him as a saxophonist. He's also possessed of an abundant imagination that connects directly to his blues and gospel roots.