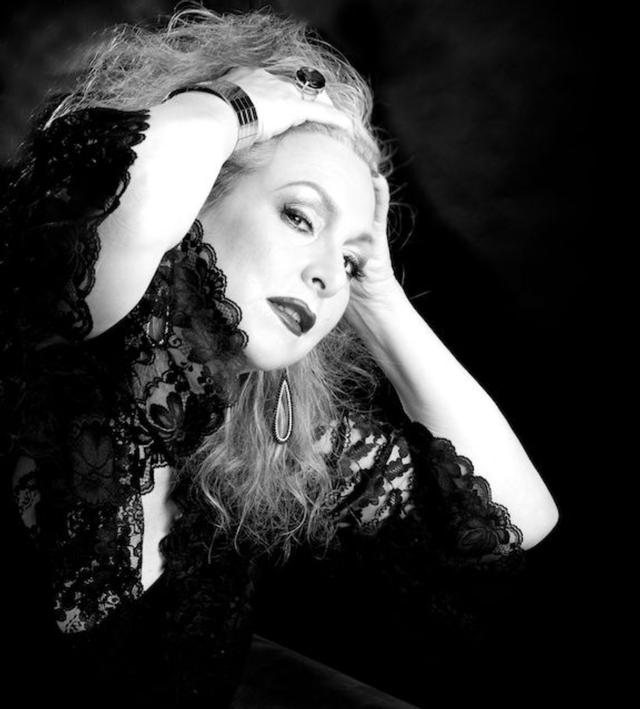 Dubbed a 'pro' by Newport Jazz Festival founder George Wein, Jeanne is recognized for her full-bodied voice and distinctive phrasing. UK Jazz Waves host Alan Steadman sums it up: 'At a time when there are many vocalists who think they are jazz singers, it's great to hear someone who really is . . .

Kassia (born c. 805) is often called 'the first female composer of the western world.'  (She is also known for wisely turning down an Emperor's proposal after he used the Biblical story of Eve to suggest women were responsible for worldly evil.  He married another.  She became a prolific composer--and a monastic.)  In every generation, women have raised their voices in song to express their innermost joy and sadness, despair and redemption, oppression and freedom.The year 2020 is the 100th anniversary of the women's vote.  In celebration, innovative singer songwriter Jeanne Gies pays homage to a diverse spectrum of female composers who have left their mark on the global psyche.  These powerful creative women intertwine melody and words to communicate truths that resonate with the human spirit.  Lauded for her full-bodied voice and unique interpretations across musical genres, Jeanne will give her emotive spin to songs by Nina Simone, Carole King, Ani DeFranco, Lucinda Williams, Joni Mitchell, Suzanne Vega, Joan Baez, and Carly Simon.  Jeanne will also feature three of her own popular originals (Samuel, Gabriel, Raphael) and tell the stories behind them.
In May of 2019, Bobtale Records released the critically acclaimed TOMORROW AND TODAY: "The duo of singer Jeanne Gies and 7-string guitarist Helmut Nieberle is the musical marriage of two soulful, sensitive artists, both in full command of their respective crafts.  They share a melodic and rhythmic elasticity that allows this batch of classic standards to breathe--a gift that was given the name 'jazz' over a century ago and of which Jeanne and Helmut are top-shelf contemporary practitioners.  Most importantly, this is stuff that comes from the heart.'"--Michael Simmons, award winning jazz journalist, contributor MOJO Magazine
In the spirit of the evening, Jeanne will sing one of the most listened to tracks from this recording (you'll just have to be there to find out which one . . . )