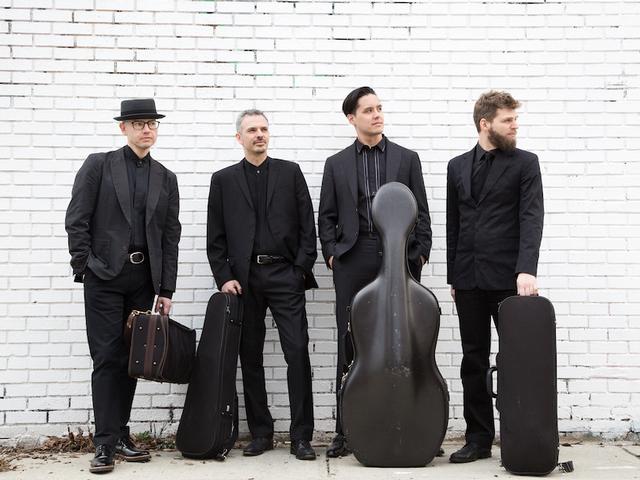 "Among ensembles that have pursued trails blazed by the Kronos Quartet, Brooklyn Rider stands out for its consistent refinement, globe-spanning stylistic range, do-it-yourself gumption and integration of standard repertory works into the mix.”

“MUSIC BRINGS A WARM GLOW TO MY VISION, THAWING MIND AND MUSCLE FROM THEIR ENDLESS WINTERING”

The healing properties of music have been recognized from ancient Greek civilization to the field of modern neuroscience and expressed in countless global traditions. The slow movement of Beethoven’s Opus 132, a ‘Song of Holy Thanksgiving From a Convalescent to the Deity in the Lydian mode,’ is among the most profound expressions of healing in the string quartet repertoire. This autumnal masterwork is presented in its entirety alongside five compact new commissions which explore the subject of healing from a wide range of historical and cultural perspectives. Composers include Reena Esmail, Gabriela Lena Frank, Matana Roberts and recent Pulitzer Prize winners Caroline Shaw and Du Yun.

“[Brooklyn Rider’s] superb playing is matched only by the thought, commitment and inspiration its members pour into projects...making the string quartet not a relic of times long gone, but a vessel for the shape of music to come”

In fall 2018, Brooklyn Rider released Dreamers on Sony Music Masterworks with celebrated Mexican jazz vocalist Magos Herrera.  The recording  includes gems of the Ibero-American songbook as well as pieces written to texts by Octavio Paz, Rubén Darío, and Federico García Lorca — all reimagined by arrangers including Jaques Morelenbaum, Gonzalo Grau, Diego Schissi, Guillermo Klein and Brooklyn Rider’s own Colin Jacobsen. They will tour to support the album beginning at New York City’s Jazz at Lincoln Center. Brooklyn Rider will also debut their Healing Modes project this season which presents Beethoven’s Opus 132 in its entirety alongside five compact new commissions which explore the subject of healing from a wide range of historical and cultures perspectives.