Venus Dodson and the Gentlemen of Distinction 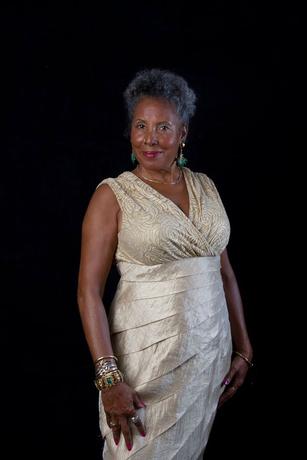 A native New Yorker, Venus is a first call session vocalist having worked with Herbie Mann, Carlos Garnett, Luther Vandross, and Major Harris to name a few, she's taken her sound and jazzy style to clubs, resorts, and international Festivals.  She spent many years in the U.S. Virgin Islands, and now is back in D.C. where she spent her younger years and attended McKinley Tech High School. Venus is one of the extraordinary female vocalists who pioneered the disco genre in the 70s and early 80s. Her versatility and style are reminiscent of the legendary Ella Fitzgerald and her style is comparable to that of Sarah Vaughn. Venus is her own planet. Her love for Brazilian Jazz is quite evident in her lively performance. Venus’ first album titled " Night Rider " was released by RFC/Warner Brothers Records. On this album Venus introduced her writing skills with a song called " It's MY Turn ".  The album also included songs “Shining” and “Where We Are Headed”.  This album made the Billboard charts.  Some other writing credits are "Girls" by The Moments and "Again" by Faith Evans. Her latest album "The Nature of Venus '' is currently streaming on Apple and Spotify as well as earlier independent CDs “It's Time” and “Massage Past Future ".
To learn more about Venus visit Venus Dodson.com or see music videos on YouTube.  She is quite the songstress and music stylist.
Fri, November 5

Doors - 6pm Show - 8pm PROOF OF COVID VACCINATION IS REQUIRED.For our live music on Friday nights we do have a food & beverage minimum of $15 in addition to the ticket price. Ticketholders are seated as they arrive per the floorplan determined by management ahead of time. Specific tables cannot be guaranteed. Performance area is on our second floor, accessible only by a steep set of stairs.