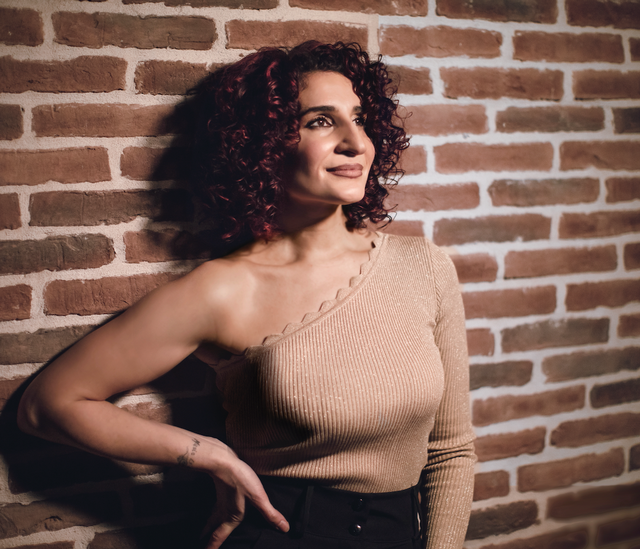 Although Dawn is her first recording, Irene Jalenti has for over a decade been an esteemed part of the jazz community in the combined Baltimore and Washington DC areas (known locally as “the DMV,” for the District, Maryland, and Virginia). While fans, friends, and colleagues have often urged her to record her work, it was the recent COVID-19-imposed seclusion that finally let her conceive, develop, and execute a vision for her debut album.

It is a testament to her artistry that Jalenti was able to attract such formidable talents to accompany her. Along with Warren Wolf (who illuminates “Dawn”) and Sean Jones(who appears on five tracks), she demonstrates great synergy with her ace working rhythm section of pianist Alan Blackman, bassist Jeff Reed, and drummer Eric Kennedy. In addition, Argentine American guitarist Cristian Perez puts his sublime stamp on two tracks. Together they help to elevate Dawn into a triumph by helping Jalenti to find and express herself. “My sound came out when I finally allowed my own music to come out,” she says.

Irene Jalenti was born in the central Italian region of Umbria. She is the scion of a musical family that includes her uncle, pop-star Sergio Endrigo, and cousin, guitarist Francesco Jalenti, among others. Her father, a record-store owner in Terni, immersed his daughter in music of all sorts and encouraged her to take piano lessons from a young age.

She studied at Siena Jazz, made pilgrimages to hear and sing jazz in New York City, then ultimately earned a full scholarship to Baltimore’s Peabody Conservatory in 2010. She followed her Peabody degree with a master’s at Howard University in DC where she joined the award-winning a cappella jazz group Afro Blue. She then cultivated both a reputation and a following on the scenes of both her adopted cities.

Irene has performed with Esperanza Spalding, Patti Austin, Yolanda Adams, the Count Basie Orchestra and has sung at the White House for former President Barack Obama.