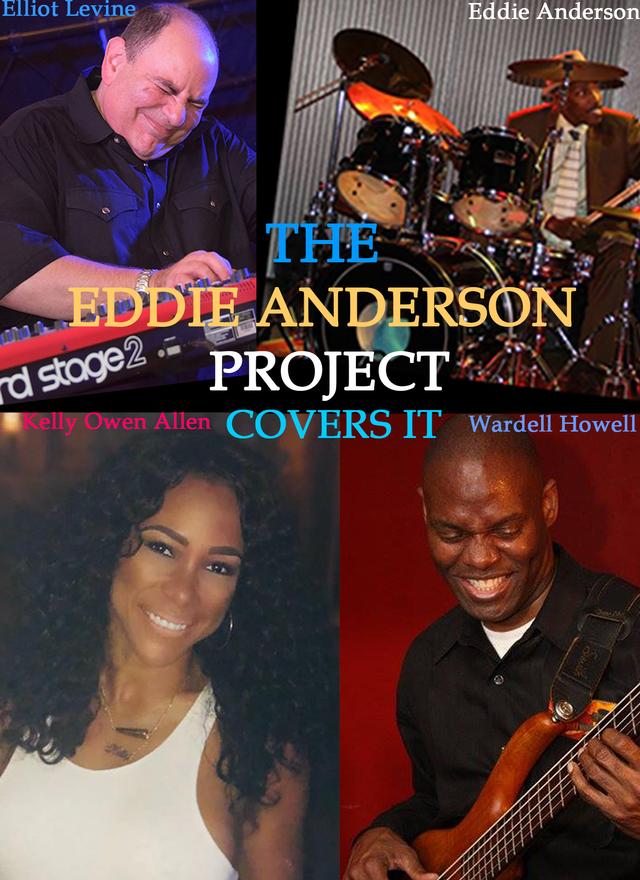 Eddie Anderson is a product of the DC Public Schools and a Graduate of The University of Maryland College Park Music Department. Eddie was a former DC Public School band director at Hine Jr. H.S., Spingarn H.S. and Dunbar H.S.. Eddie is a Jazz drummer and vocalist, his influences are Jon Lucien, Lou Rawls, Nat King Cole, Bobby Caldwell, Lenny White and Billy Cobham. Eddie has opened shows for acts that include Phyllis Hyman, Jean Carn, Pheobe Snow, Jerry Butler and Dennis Edwards. Eddie has also played local at Mr Henry’s, Takoma Station, The Henley Park Hotel Blue Bar Room to name a few.
Eddie was a jazz drummer at the University of Maryland under the direction of Bert Dameron and Rick Henderson. Eddie has released four CD’s including some of that Thick Funk, Good Friends, The Eddie Anderson Project Covers It and Christmas Time is Here.
The Eddie Anderson Project includes: Elliot Levine, (pianist) has toured with Wilson Pickett and Heatwave (Always & Forever/Boogie Nights) and has opened for Brian McKnight, Freddie Jackson, McCoy Tyner, and Gerald Albright. He has had the #1 song on mp3.com, which received over 1,000,000 downloads Wardell Howell,( Bass) has studied at The University of the District of Columbia music department and has played with artist such as Ledisi and Marcus Johnson. Kelly Owens Allen, accomplished vocalist, Dancer, Choreographer