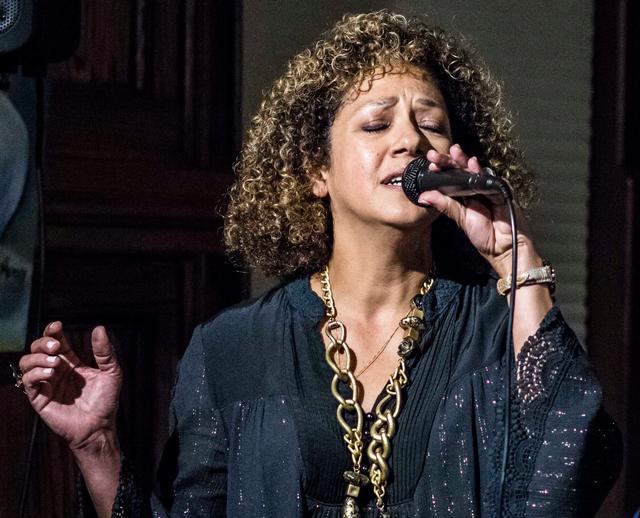 Ghada has been singing in the Metro area for 10 years. She has a monthly gig at Simply Fresh in McLean,
where she has performed with Harry Appelman, Wayne Wilentz and Eric Harper. She has performed
along with many local vocalists at Mr. Henry’s, Blues Alley, Bethesda Blues and Jazz, The Epicure Café,
Twins Jazz and other clubs in the Washington, DC area. Ghada participated as a vocalist at the
MidAtlantic Jazz Festival in 2018 and again in 2019.
Ghada joined the Jazz Vocal Workshop with Chris Grasso in 2010 and has since participated in numerous
jazz workshops. She sang with the Capital City Voice under the direction of Wayne Wilentz, lending her
warm low vocal register to the tenor section of the choir. She continues to study jazz singing with Alison
Crockett, Lena Seikaly, Wayne Wilentz and David Jernigan.
Ghada speaks and sings in Spanish and French, and has added Brazilian songs for variety to her
repertoire of jazz standards.
Originally from Lebanon, Ghada has lived in the DC area for 30 years. She is a full time Arabic linguist
working on a government contract since 2011. Ghada is the proud mother of two beautiful daughters