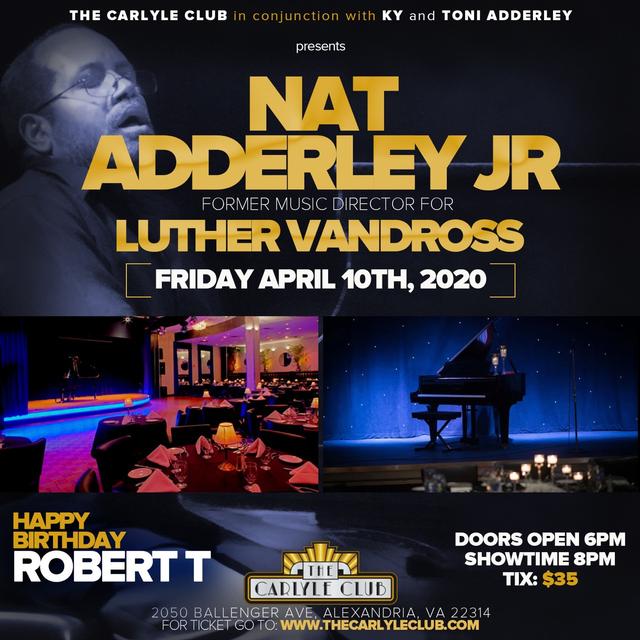 Nat Adderley Jr. is best known for his work with Luther Vandross.  Nat wrote (and arranged) Luther’s first top 20 pop hit, “Stop to Love”, and some other important Luther songs, including “Wait for Love” and the Grammy-nominated “Give me the Reason”.  Nat also arranged many of Luther’s most popular records, including “Superstar”, “Here and Now”, “If Only for One Night”,  “Creepin”, “If This World Were Mine”, “So Amazing”, “There’s Nothing Better Than Love”, “Never Too Much” , and “Love Won’t Let Me Wait”.  Additionally,  Nat produced tracks on the last seven Vandross studio albums.  These include “My Favorite Things”, “Have Yourself a Merry Little Christmas”, “Going Out of My Head”, “Knocks Me Off My Feet”, and “The Closer I Get To You”, a duet with Beyonce Knowles. That track is featured on Beyonce’s grammy-winning  Dangerously in Love (best contemporary R&B album), on Luther’s grammy-winning Dance With My Father (best R&B album), and the track won the Grammy in 2004 for best R&B performance by a duo or group.  In 2003, Nat produced Luther’s Live 2003 at Radio City Music Hall. Nat was Luther’s musical director from 1981 until his death.

Many other artists have had major successes with help from Nat Adderley Jr.  Nat wrote “The Wave” for Kirk Whalum, arranged Natalie Cole’s 1987 hit recording of “When I Fall In Love”, produced “Just Another Lonely Night” for Johnny Gill, arranged most of Aretha Franklin’s album Jump To It, produced Gloria Lynne’s album No Detour Ahead, and did the string arrangement for Doc Powell’s Grammy-nominated version of “What’s Going On”.