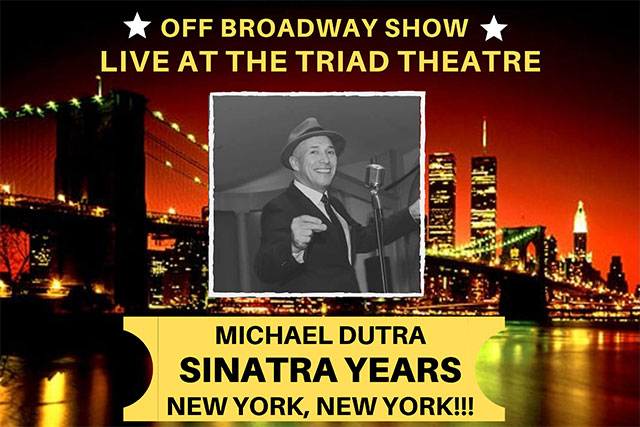 Michael Dutra has been hailed as one of the finest interpreters of the Sinatra sound in the world and has been performing his tribute to Frank Sinatra all over the United States, from Las Vegas, to Miami, to New York and to Boston.
He’s back at the Triad, a show not to be missed. “Michael literally channels Sinatra”