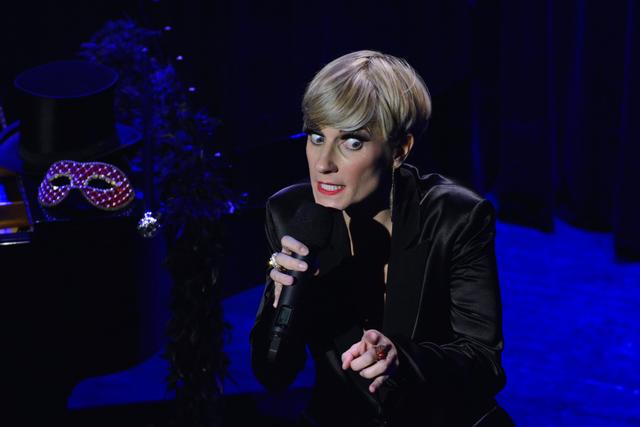 "Haan is the First Lady of Cabaret!" (Wolf Entertainment Guide)

"Haan is possessing of one of the most palatable voices on the scene, immersing herself into the storytelling, committing herself to character choices that would hurt the vocal instruments of less experienced performers, then turning on a dime with what can only be described as full opera, at times shocking a person with the beauty and the power of her unblemished mezzo." (Broadway World)

"Her vocal power and emotional expressions are second to none!" (The Huffington Post)

"Not your aunt's feminism for sure!" (Cabaret Scenes)

"A brilliant performer who knows how to capture her audience." (Berliner Morgenpost)

In this soirée, Haan focuses on the history of the works of Kurt Weill. Starting in Berlin in the 1920s and 30s, featuring his famous songs of the Weimar years, to the time he spent in exile in Paris highlighting some of his less known, but glorious French oeuvres as well as his American successes during the 1940s. Haan presents this soirée as a musical voyage, portraying his opuses in their original character and length with new arrangements to match her voice and performance style. All of them are presented in the original language.

This show is highlighting Haan's fantastic skills as an actress, her brilliant singing voice, her extraordinary vocal range and ability to sing different music styles.

Directed by Barry Kleinbort, accompanied by her long-time music director Richard Danley on the piano and "Nighthawk" Dan Levinson and his Novembergruppe Quintet on 8 instruments, this show is the "talk of the town" (Wolf Entertainment Guide) and "an emotional highlight" (Theatre Pizzazz).