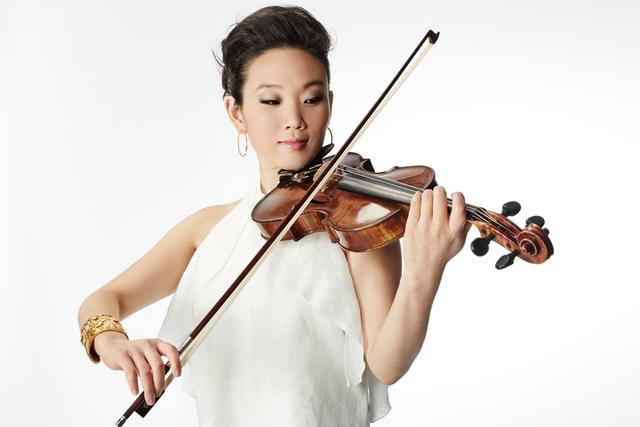 Violinist, composer and leader of the quartet, Maureen Choi was born in Michigan. After winning several international violin competitions, starting at age five, she has played as a soloist across Australia, Asia, Europe and North America. A graduate from Michigan State University and Berklee College of Music, she has performed with artists like Rodney Whitaker, Johnny O’Neal, Larry Harlow, Josh Groban, Kanye

West, Tran-Siberian Orchestra, and Javier Colina, and recorded for many artists and movie soundtracks. She has been a faculty member at Berklee College of Music and presently teaches at Centro Superior Música Creativa in Madrid.

With technical virtuosity, the Maureen Choi Quartet performs chamber music. Sometimes categorized as jazz or world music, her sound is rooted in classical and Spanish folk traditions. Since winning the International Jazz Competition in Talavera, Spain, her quartet has continuously sold out concerts in major cities in Spain and the United States. Choi has led her group to South by Southwest, the Madrid Jazz Festival, Jazz Festival in Guggenheim, Jazz Festival Yecla, Jazz Festival
Teruel, Atlantic Sons Festival, Festival de Jazz San Javier, CLAZZ, and many more. They toured the U.S. in 2016 in support of her album Ida y Vuelta. Currently based in Spain, they recently toured in South Korea and China, along with annual trips to the U.S. They are now touring in support of their highly praised 2019 album Theia.