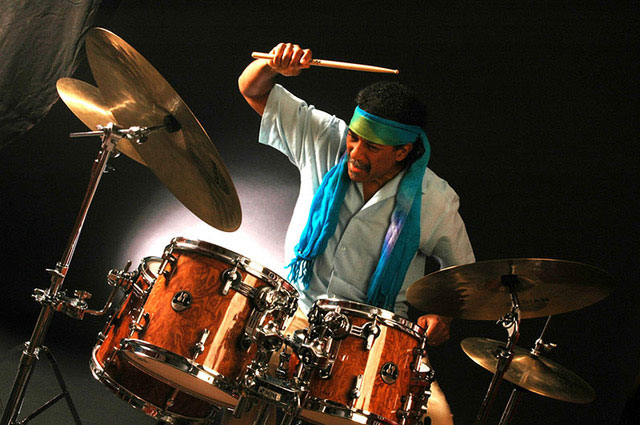 Drummer and Composer Nasar Abadey is the founder, leader and driving force of SUPERNOVA®. His music is from the threshold of Jazz to beyond space and time.  The band’s musical inspirations include John Coltrane, Miles Davis, Wayne Shorter, and Duke Ellington among others.  Based in Washington, DC Abadey has also built a solid reputation as a sideman with several groups, and has recorded and performed with many national artists throughout his career. He began playing drums at age five. Drawing influences from powerhouse drummers such as Tony Williams, Max Roach, Roy Haynes, Elvin Jones, Art Blakey, and his cousin Frankie Dunlop, Nasar Abadey creates jazz music steeped in modal, free form, and avant-garde styles.

Thank you to the following Sponsors:
CITIZENS OF BALTIMORE COUNTY
MARYLAND STATE ARTS COUNCIL
NATIONAL ENDOWMENT OF THE ARTS