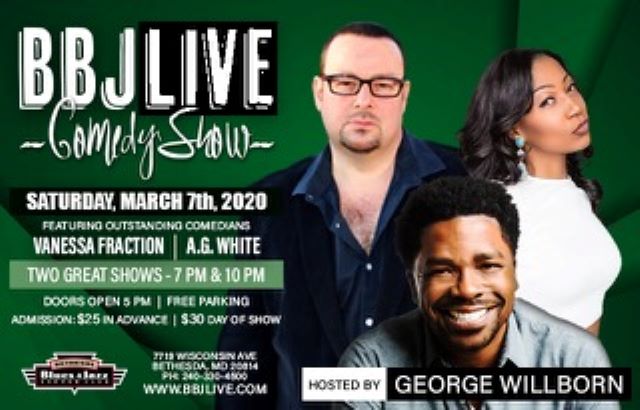 George V. Willborn II (Comedian, Radio Host, Actor) is a Chicago native and has shared the stage and befriended comedy greats like Jamie Foxx, Bernie Mac and Steve Harvey, just to name a few. During 2006 – 2008, George commuted from Chicago to DC as co-hosts on both Michael Baisden Show (2006-2013) in the afternoon and in the morning on The Real DC Morning Show, WHUR (2006-2008). George then went back to his roots and was a co-host on the nationally syndicated "Doug Banks Show" WVAZ V103 from 2pm – 6pm CST, where he helped take the number 1 spot in afternoons. In 2015 George teamed up with Tony Richards and Mo Ivory for WHUR's "TMG Afternoons" In 2017 and 2018 George went back to the nationally syndicated "Michael Baisden Show". Currently, George has joined the syndicated "Rick and Sasha Morning Show" and is now providing morning "Stress Relief" in over 20 markets!