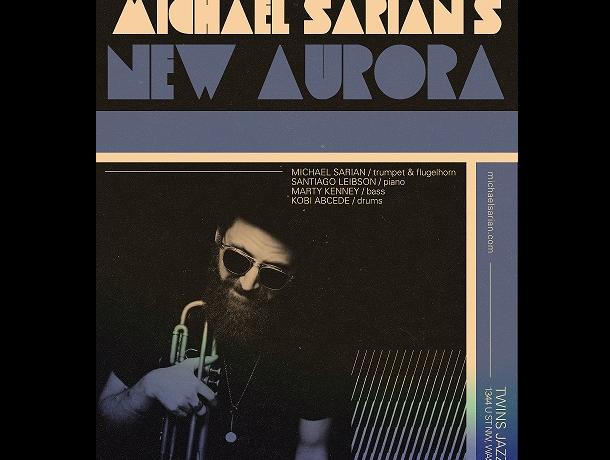 Born on a warm Tuesday morning in Canada, only to be whisked away to Argentina at the tender age of 1, Michael Sarian is a trumpeter and composer whose work has been described as "a steady study in dichotomy. With a wordless elegance, the New York City based musician is flexibly firm, loosely tight, and brightly dark. The innovations within his compositions are deceptively dramatic with varying degrees of a melodic sensibility." (Frank De Blase, Rochester City Newspaper)
Michael relocated to New York City in 2012 to pursue a master’s degree in Jazz Studies at New York University, where he studied with great musicians such as Laurie Frink, Alan Ferber, Brad Shepik, Ralph Alessi and Mike Rodriguez.  Michael has performed at the Montreux Jazz Festival, BRIC JazzFest, Getxo Blues Festival, Blue Note Jazz Club, Jazz at Lincoln Center, The Beacon Theater, Central Park SummerStage, Teatro Colón, has appeared on WNYC's Soundcheck with John Schaefer, NPR's World Cafe, and many more.

In August of 2018, Michael released LEÓN, the third album with his septet, Michael Sarian & The Chabones (Argentine slang for the dudes), his debut with ZOHO Music. He also leads Michael Sarian & The Big Chabones, a 16 piece big band alternative, and an acoustic quartet, which is set to release its debut album in the coming year. Since the fall of 2015, Michael has been making yearly pilgrimages back home to Buenos Aires to perform his music with local musicians, including some of his old mentors.