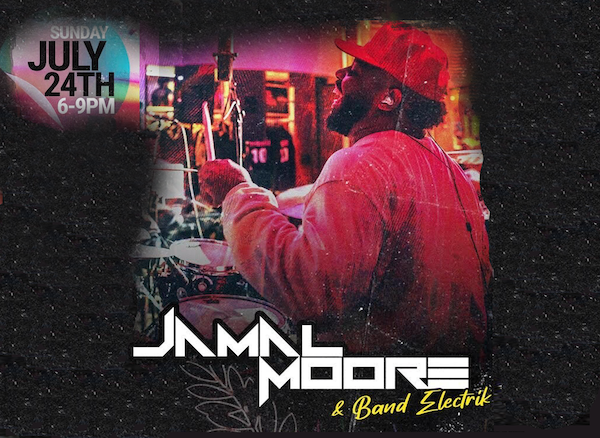 Band Electrik organically formed in 2019. The initial vision was birthed by leader Jamal Moore. He embarked upon a solo journey, releasing his first record called "Voyager'. In the midst of releasing his music and touring, Jamal realized that he wanted to include his colleagues on this journey. Darryl Woodson and Sean "Smiles" Miles joined Electrik, touring all the music they had released individually but playing it collectively at their shows. Within a year, Electrik added Frank Javois and Aaron Hardin.  All members of Electrik are individually well known for their musicianship and production worldwide. Their music and chemistry consists of a wide range of genres — from jazz to hip hop and all the way to gospel. They have authentically studied, toured, and produced in all these genres, which makes them “Electrik.”

Electrik plans to release more music collectively, ultimately inspiring the world to be themselves in the coolest way possible!