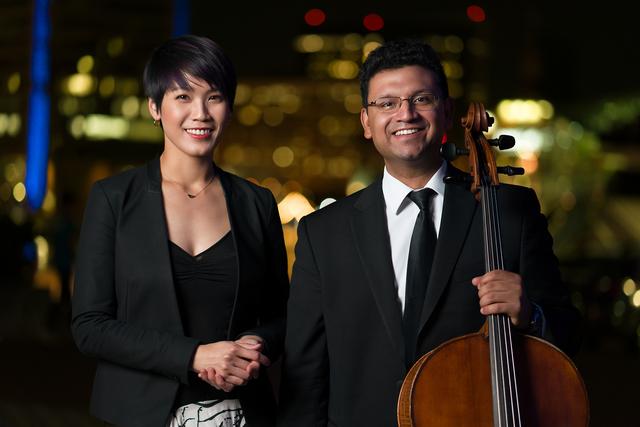 After meeting in graduate school at the Peabody Conservatory, Mr. Gomes and Ms. Su began a collaborative relationship that evolved into Duo Sorolla, which celebrates its tenth season this year. Throughout their career together, they have performed dozens of recitals on important series throughout the USA, often collaborating with other renowned musicians. The Duo has performed a wide range of music including most of the standard repertoire for cello and piano, as well as lesser known music. Over the past several seasons, Duo Sorolla has commissioned and premiered works from William Weigel and Aaron Malone. Apart from these special projects, they have also championed the works of Lera Auerbach, George Walker, and Aaron Jay Kernis, and are keen to work with and promote the works of other living composers. Mr. Gomes and Ms. Su studied much of the duo repertoire under the tutelage of Colin Carr, Tom Sauer, Michael Kannen and other distinguished artists.