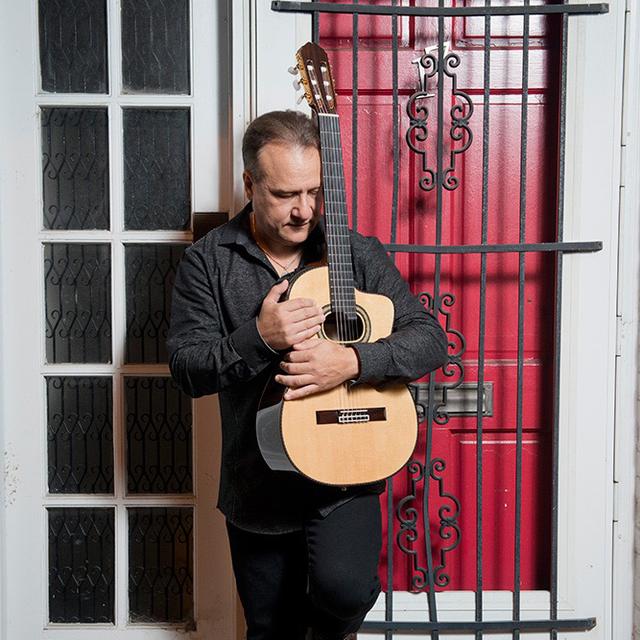 This virtuoso Guitarist stands out because of his extraordinary musical skills and original interpretations of so many different musical styles. This talented musician, who has more than two decades of artistic life to his credit, was born in Buenos Aires Argentina.

Dani just returned from Argentina, where he recorded part of his new CD of Jazz ballads and South American rhythms for Jazz quartet and string orchestra that will be released later this year.

Guitarist Dani Cortaza has more than three decades of artistic life to his credit. This talented musician specializes in Brazilian, Latin jazz and South American folklore, in both nylon and electric jazz guitar. In addition, he also performs, composes and arranges Latin American folk music. He has appeared in concert with international and local musicians, and with his own band at Blues Alley, the Smithsonian Jazz Cafe, Silver Spring Jazz Festival (2007, 2008 and 2016) and Gala Theater.

He received two MD State Arts Council’s “Artistic Excellence” Awards, in 2007 (Best Performer and Arranger in the Instrumental Music category) and in 2017 (Best Composer in the Word Music category). His first US-released CD Expressions (2007) received a WAMMIE nomination for Best Jazz Album. His present project includes creating new compositions and arrangements of South American folk music combined with jazz elements. Based on this work, in 2012 he received a grant from FONDEC (Paraguayan National Endowment for the Arts) to produce his second CD Together/Oñondivé, which includes some of his own compositions and arrangements of Paraguayan and South American folk music combined with elements of jazz. Dani is currently working on a new CD of South American folk music and Jazz that will be released later this year.