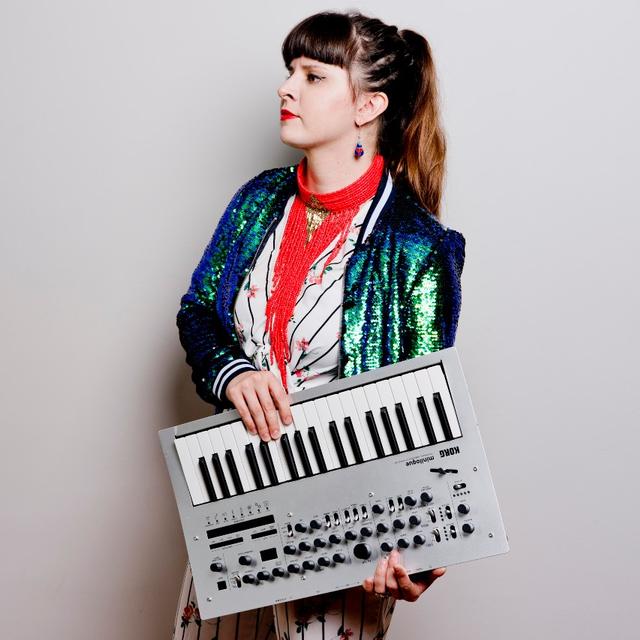 "... an innovative ability to incorporate contemporary melodic, rhythmic and harmonic devices in both her playing and writing" New Music USA

Pianist/Composer ArcoIris Sandoval is a Fulbright award recipient currently residing in New York City.  With a graduate degree from the Manhattan School of Music, she has won 2013 and 2015 ASCAP young jazz composer awards in addition to being a semifinalist at in the Montreux Solo Jazz Piano competition in 2012. She participated in the Mary Lou Williams Festival, Betty Carter Jazz Ahead and the Metropole Orkest Arrangers Workshop directed by Vince Mendoza featuring Richard Bona. One of her arrangements was performed by the Metropole Orkest at the 2016 BBC Proms tribute to Quincy Jones. She has also performed at major festivals throughout the world including Umbria Jazz Festival, Winter Jazz Fest in NYC, the Telluride Jazz Festival, the Tucson Jazz Festival with Lonnie Plaxico opening for Tower of Power in 2017 as well in 2015 at the Tucson Jazz Festival with Jimmy Cobb, the Vancouver Summer Festival, and many others throughout China, Europe, India, South America, and Mexico. She was recently a finalist at the inaugural Ellis Marsalis Jazz Piano Competition in summer 2018.
ArcoIris and bassist Mimi Jones are the Co-directors and composers for The D.O.M.E. Experience which is an award winning environmentally and socially motivated orchestra featuring cinematography as well as dance and has a rotating roster of acclaimed musicians including Wayne Escoffery, Steve Wilson, Dayna Stephens, and many others. She is actively performing and touring with several ensembles including with Allan Harris, the Mimi Jones Band, and her own Sonic Asylum trio and quintet project which has performed at the Kennedy Center and Vermont Jazz Emerging Artist festival. She has recorded on Eugene Marlow’s album “Obrigado Brasil” which made it to the first round of Grammy nominations in 2016, and WBGO considered a Latin Jazz premium album in 2017. She released her debut Sonic Asylum Trio album in summer 2018 with MEII Enterprises entitled “First Voyage” featuring Marty Kenney on bass and Allan Mednard on drums which recently won a Global Music Award.