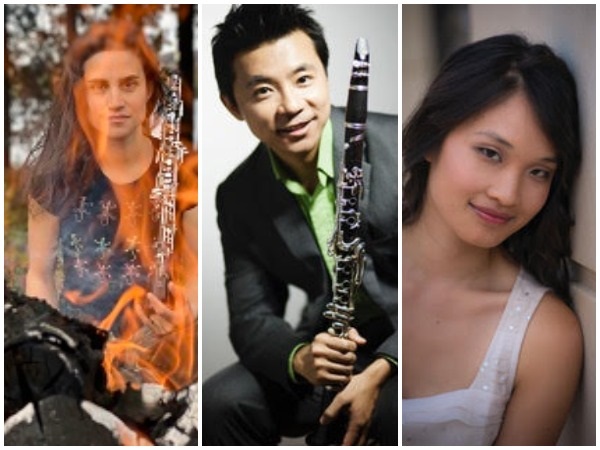 Katherine Needleman joined the Baltimore Symphony Orchestra as principal oboist in 2003, the same year she won first prize at the International Double Reed Society’s Gillet-Fox Competition. A Baltimore native, Ms. Needleman attended high school at the Baltimore School for the Arts but left early to attend the Curtis Institute of Music, where she was a student of Richard Woodhams. She has been a member of the faculty at the Peabody Conservatory of the Johns Hopkins University since 2005, and is currently on faculty at the Young Artist Summer Program at Curtis SummerFest.

Yao Guang Zhai is the Principal Clarinetist with the Baltimore Symphony Orchestra appointed by Maestra Marin Alsop. Yao played with the Toronto Symphony Orchestra for 5 seasons, which he joined in 2011 as the Associate Principal, appointed by Maestro Peter Oundjian. The Globe and Mail considered that he “… delivered the most beautiful lyrical playing of the evening.” Toronto Star described his performances as “…played with mesmerizing grace.” In 2015 he won an audition for Associate Principal at the Pittsburgh Symphony Orchestra. Yao Guang Zhai is a Buffet Crampon Performing Artist.

Acclaimed as a pianist with "astounding musical authority" (Columbia Free Times), Susan Zhang made her orchestral debut at the age of twelve with the Augusta Symphony. Zhang is co-director of The Concert Truck, an award-winning, nationally recognized mobile concert hall that brings live classical concerts to unexpected locations. Zhang is currently on the faculty of Gilman School. She is enthusiastic about introducing classical music to the next generation and has created, produced, and scripted several musical shows for children that have been performed in schools across the Southeast. She holds degrees from Eastman School of Music, University of South Carolina, and Peabody Conservatory.