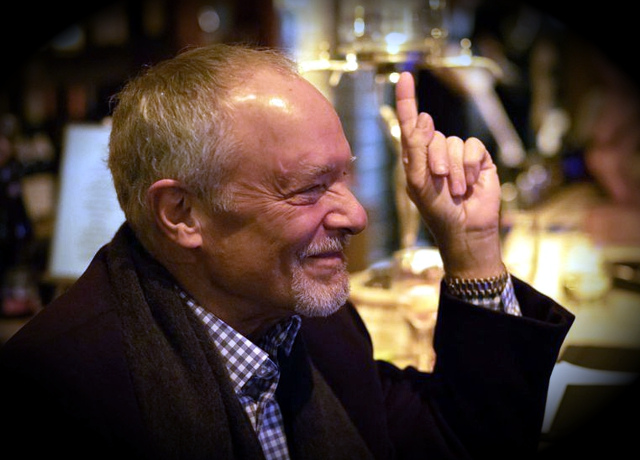 Jazz vocalist/actor/comedian/broadcaster Wayne Powers started out as a nightclub singer in New York at age 16.  He performed across the country, finally landing in Hollywood where he worked for Henry Mancini.  Wayne launched his decades-long network television career after being discovered in a live improv comedy show with a then-unknown Robin Williams.  Williams went on to Mork & Mindy and movies, while Powers went on to Laverne & Shirley, Elvis and Me, One Day at a Time,  Murder She Wrote ,  Simon &  Simon, Full House,  Alf,  Doogie Howser,  and many others, including starring for two seasons in his own popular NBC sitcom, 13 East.

And the critics agree: “Get yourself to a Wayne Powers show. The guy is really terrific!”  (L . A. Jazz Scene).

Powers’ latest album, If Love Were All,  is receiving international air play and acclaim, with several tunes featured on Sirius XM’s Siriusly Sinatra Channel, owned and programmed by the Sinatra family.

“Like the jazz greats before him - Sinatra, Eckstine, Prysock, Hartman - Powers has proven over the course of a long career, he’s the complete package.” (JAZZIZ  Magazine).