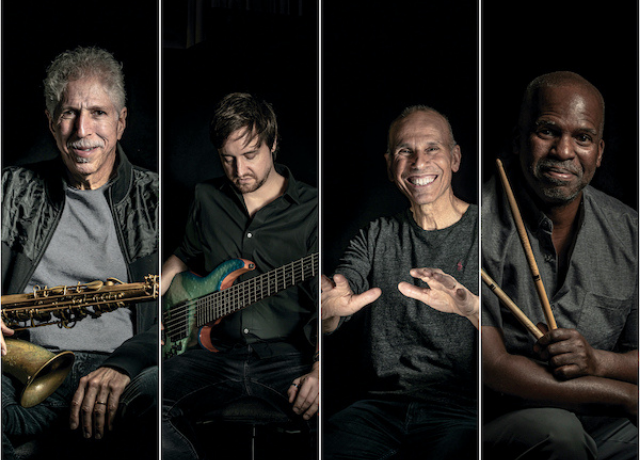 The Yellowjackets formed in the late 1970’s as the backup band for guitarist Robben Ford. They recorded their first album together in 1980. Shortly after that recording, however, Ford decided to part ways and go in a different musical direction. As a result, the modern day Yellowjackets were formed — a trio with Russell Ferrante, Jimmy Haslip and Ricky Lawson. Since then, and with the addition of Bob Mintzer, the Yellowjackets have gained and maintained prominence as one of jazz’s most influential and loved groups.

Over the years the band has undergone numerous lineup changes. Never failing to rise to the inevitable challenges of adjustment, the Yellowjackets - Russell Ferrante, William Kennedy, Bob Mintzer - have maintained an extraordinarily high quality of musicianship that is the rival of many but a surprise to no one who knows and appreciates the band and their music.

The most recent addition to the band adds Australian bass player Dane Alderson in to the mix. With his exceptional rhythmic sensibility and natural disposition toward groove, Dane brings a new energy to the band and adds a youthful approach to the music.