White Christmas At The Triad 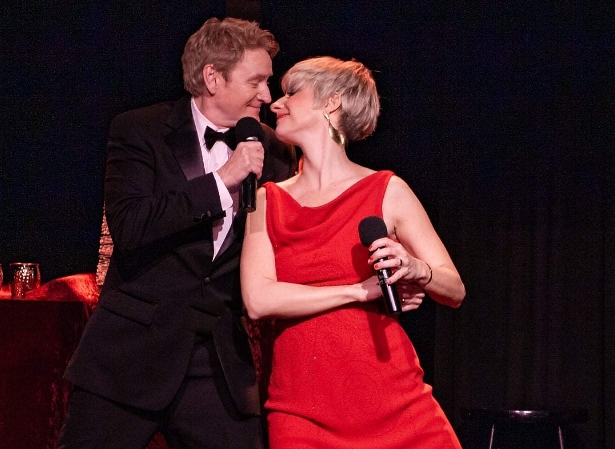 "The chemistry between the two artists was thrilling as they seemed to be sharing silent jokes even as they sang beautifully together!" (Cabaret Scenes)

"Ms. Haan and Mr. Shatto showed charming chemistry with each other, and distributed quite evenly through the duos were solos for each of them." (New York Concert Review)

"Haan and Shatto prove to be one smart team." (Theatre Pizzazz)

"Haan and Shatto are the talk of town and one brilliant match." (Wolf Entertainment Guide)

This season’s White Christmas At The Triad is returning with a big bang, featuring international award winning chanteuse Adrienne Haan and Broadway and concert star Bart Shatto.
Written by Laurence Pierron, White Christmas At The Triad tells the life story of great American composer Irving Berlin and his close relation to the Grand Duchy of Luxembourg.
Combining their talents, Adrienne Haan and Bart Shatto are presenting some of the most beautiful (Christmas) songs as well as lesser known oeuvres of the fabulous American composer. The songs are contained in a smartly written script, celebrating this year’s festive season.
"I'm dreaming of a white Christmas...!"

By law, all eligible patrons are required to show proof of COVID-19 vaccination upon arrival at the theater. Lack of proof will result in denial of entry with no refund.