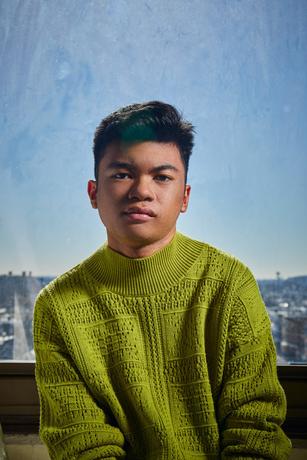 Too often, talented young artists succumb to believing so much in their own ability that they lose sight of their true potential as significant contributors to their field. Thankfully, there are others committed to evolving and lifting the music to new levels of appreciation with enthusiasm, engagement, and emotional depth. Enter pianist Joey Alexander, who at the age of 14 has already recorded two GRAMMY-nominated studio albums, 2015’s My Favorite Things and 2016’s Countdown, as well as Joey.Monk.Live!, a critically acclaimed surprise release from late 2017 to honor Thelonious Monk’s centennial.

Born in 2003 in Bali, Alexander lived in Jakarta from age eight to ten and then moved to New York City in 2014, where he has experienced one of the most ascendant careers ever seen in jazz. Jason Olaine, a GRAMMY-winning producer who serves as Director of Programming for Jazz At Lincoln Center and has produced all four of Alexander’s albums, says he continues to be impressed by the pianist’s fantastic gift. “Joey is such a huge talent coming out of a young player, however he wants to create and have fun by playing. It’s not about the accolades or the applause.” He added, “Eclipse shows what an amazing journey Joey has been on, and he’s playing with an openness and clarity.”

8PM / $55 Get Tickets
*Please note:
1. Final sale, no refunds, not transferable.
2. $12 food/beverage minimum per person not included in ticket price.
3. Seating first come at the door. Doors open at the earliest of 6 PM & 9:45 PM respectively.
4. Photography or Recording of any kind is prohibited during the performance.
5. Keep conversation to a minimum during the performance.