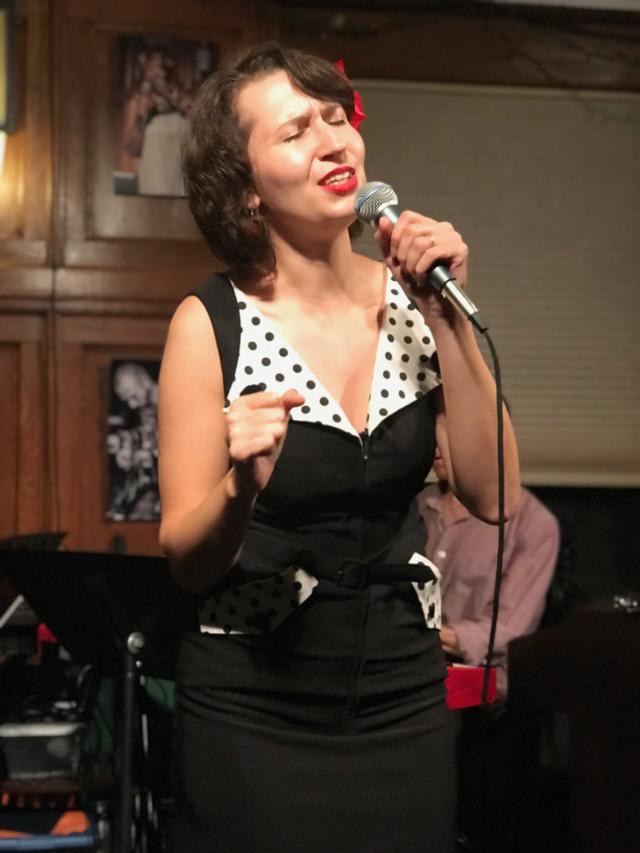 Lanah Koelle has been performing in the Washington metro area since 2013. She performs regularly at Mr. Henry’s on Capitol Hill and has also appeared at the Black Fox Lounge, Bump ‘n Grind, Filicori Zecchini, Georgetown Ritz Carlton (Living Room Live Series), El Golfo, Jojo’s, My Dead Aunt’s Books, and Normandie Farm. In 2018, she released her debut album, Straight Up Sassafras, which showcases her subtle improvising and swinging sensibilities.

Born in Baltimore, she performed with Open Space Arts in Reisterstown, MD for more than a decade, and studied voice and theater at the George Washington Carver Center for Arts and Technology in Towson, MD.

Doors open at 6pm show begins at 8pm. For our live music on Friday nights we do have a food & beverage Minimum of $15 in addition to the ticket price. Seating Policy: Ticketholders are seated on as they arrive per the floorplan determined by management ahead of time. Performance area is on our second floor, accessible only by a steep set of stairs.