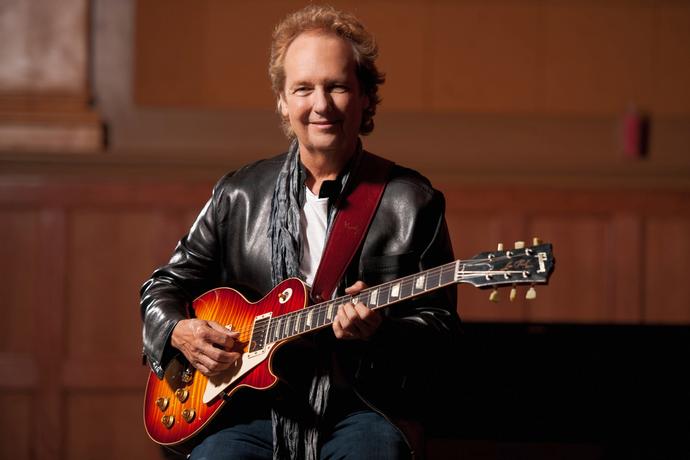 It's been a long road since the seventies, when Ritenour's legendary Tuesday night appearances at the famed Baked Potato became part of the musical landscape for five years. Eric Clapton, Jeff Beck, George Benson, Al Jarreau, and even Bob Dylan and Joni Mitchell could be seen in the audiences that would pack the house. From rock to blues to jazz, his diverse music became foundation of over 3,000 sessions as a young guitarist with a broad spectrum of artists.

Lee Ritenour, (born Lee Mack Ritenour, 11 January 1952, Los Angeles, CA, USA) has maintained a delicate balance between the individual creative vision and the group dynamic, since the beginning of his career. He did his first session work in the late '60s with the Mamas and the Papas, who dubbed him Captain Fingers for demonstrating incredible dexterity while still in his teens.

Since his early recordings in the 1970s, he has earned a GRAMMY Award and 19 GRAMMY nominations, numerous #1 spots on guitar polls, a Lifetime Achievement Award from the Canadian SJ Awards, and a prestigious "Alumnus of the Year" Award from the University of Southern California. He has recorded more than 40 albums that have yielded 35 chart songs. As a young guitarist, he put his combination of diverse musical styles and brilliant technical chops to work on more than 3,000 sessions with a broad spectrum of artists, and was a founding member of Fourplay, which is considered the most successful group in contemporary jazz.

8PM / $55 Get Tickets
*Please note:
1. Final sale, no refunds, not transferable.
2. $12 food/beverage minimum per person not included in ticket price.
3. Seating first come at the door. Doors open at the earliest of 6 PM & 9:45 PM respectively.
4. Photography or Recording of any kind is prohibited during the performance.
5. Keep conversation to a minimum during the performance.