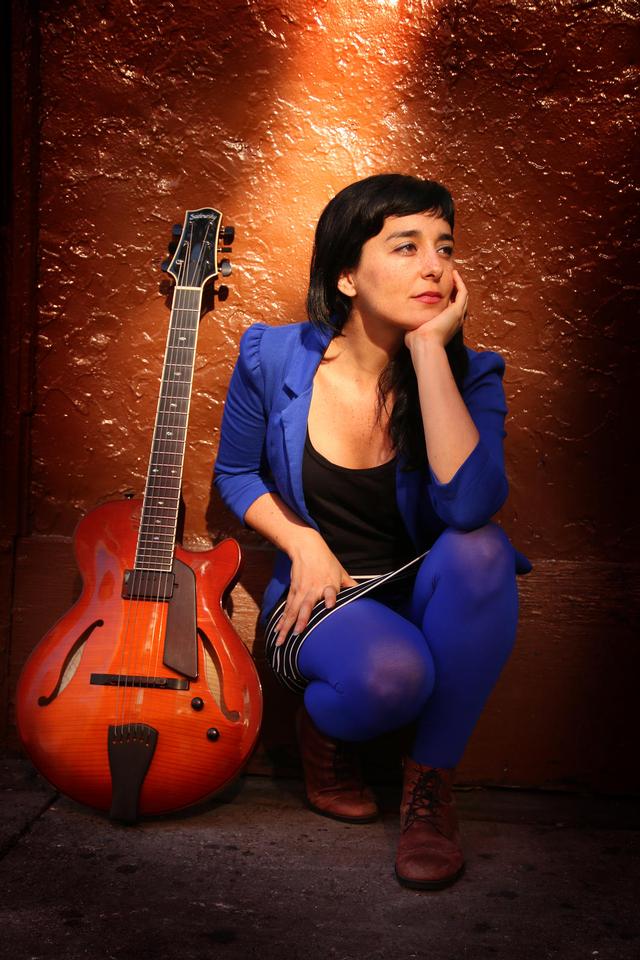 The New York Times has described her as "A bright young singer and guitarist with an ear for music of both folkloric and pop intention, Camila Meza has connected with a strong peer group since moving to New York from her native Santiago, Chile, in 2009."

During her seven years in the United States, Camila Meza has created a big impact in the New York jazz scene. She possesses an innate and rare combination of qualities as a singer and guitar player, who also writes her own songs and arrangements. She has a highly expressive voice with a unique tamber and way of phrasing, while her improvisations and accompaniment on the guitar are equally touching and soulful. Camila's music takes us on a joyfully energetic and deep journey full of beauty and adventure. Her Latin American roots and profound connection to jazz combined with the fusions of contemporary and popular music give the music she creates a very special and appealing sound.

Camila Meza belongs to a new generation of jazz musicians that are interested in creating new sounds and allowing diverse influences into their music. With love for this exploration, Camila felt right at home in the diverse and creative jazz scene of New York City. She graduated from The New School for Jazz and Contemporary Music in 2012 where she had the chance to study with masters such as Peter Bernstein, Vic Juris, Sam Yahel, Steve Cardenas and Gil Goldstein amongst others. But even before working with these masters, she began playing with her peers and other musicians of New York, quickly becoming part of the New York community.

"Living in New York has shaped the way I approach my music, and has nurtured me as a person. I've discovered things I would never have if I hadn't been here. It has been a journey both outwards and inwards."

Her breakthrough album "Traces" has her showcasing her talents as a composer and excelled singer and guitar player on her debut album for the New York based label Sunnyside Records.