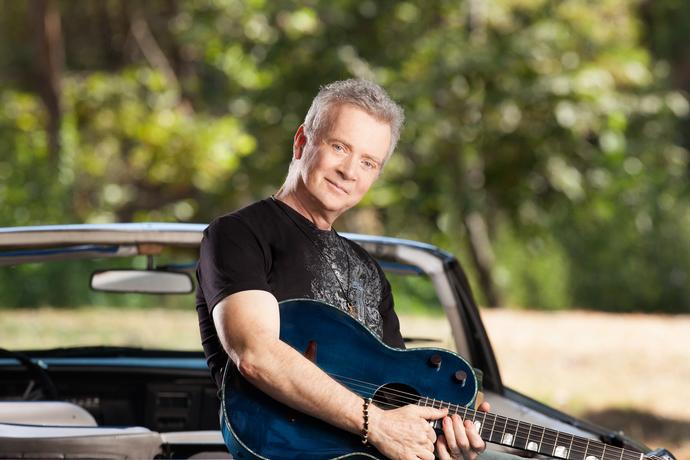 Like so many millions of us, guitarist Peter White still feels closest to the music he absorbed while growing up. As a British teen in the ’60s, he kept his ears glued to the radio—soaking up the exciting new sounds of rock bands like the Beatles and soul giants like Stevie Wonder—and tried to learn how to play those songs on the acoustic guitar his dad had given him. It didn’t take him long to get the hang of it, and now, after more than four decades as both a leader and sideman, he’s returning to those tunes that impacted him so forcefully in his youth.

Over the years, Peter White has maintained a reputation as one of the most versatile and prolific acoustic guitarists on the contemporary jazz landscape. Armed with an unparalleled combination of lyricism and energy, he combines elements of jazz, pop and classical guitar to create a sound that is singular and at the same time accessible to a broad audience.

Born in 1954 in Luton, a small town north of London, White and his family moved to nearby Letchworth shortly after he was born. As a child, he learned to play several musical instruments, including the clarinet, trombone, violin and piano. And of course, like so many youngsters growing up during the heyday of the Beatles and the Rolling Stones, he gravitated to the guitar.

He learned his first chords on an acoustic guitar, then bought his first electric guitar in his early teens and studied the recordings of the reigning guitar gods of the day - Jimi Hendrix, Eric Clapton and Jimmy Page. But his musical aspirations ultimately veered back in an acoustic direction following an accident that doomed his beloved electric guitar. The axe was destroyed in a fire, one that White's younger brother Danny - an aspiring pianist - accidentally started.

At age 20, White joined Al Stewart's band as a keyboardist for a tour of England, Scotland, and the U.S. in 1975. In addition to opening for artists like Linda Ronstadt, Billy Joel and Queen, White worked with Stewart in the studio in the making of Year of the Cat, which became a huge hit for Stewart in 1976. The tour and the album marked the beginning of a twenty-year association with Stewart. In that time, the two musicians co-wrote numerous songs, including Stewart's 1978 hit, "Time Passages."

By the beginning of the `80s, White and Stewart had relocated to Los Angeles, formed a band called Shot in the Dark, and established a music publishing company called Lobster Music. Around the same time, Danny White - he of the burning guitar incident several years earlier - formed a group called Matt Bianco, which included a talented Polish singer named Basia Trzetrzelewska. Danny White and Basia splintered off to launch the singer's solo career with the 1987 debut album, Time and Tide, which featured Peter White on guitar.

After fifteen years as a backup musician and a session player, White launched his solo recording career with the 1990 release of Reveillez-Vous (French for "Wake up," a title chosen by White in honor of his French mother). The album included several unused songs that White had written for Stewart, and it became a favorite among contemporary jazz radio stations.

In a career that spans nearly four decades, over a dozen solo recordings and countless performances, White insists that it's the faces in the crowd and the fans that keep the experience fresh. "I'll play a live show, and someone will come to me afterward and say, `Oh, I loved this CD,' or `This song helped me through a bad time,'" he explains. "Or I get emails from people saying, `Oh, I love the way you covered one of my favorite songs on your record back in 1994.' The idea that someone can write me an email and tell me about something I did on a record that was released fifteen years ago - you can't buy that. That's priceless. That's what keeps me going - the idea that people out there really care about what I do, the idea that I've made a difference for someone."

7PM / $50 Get Tickets
*Please note:
1. Final sale, no refunds, not transferable.
2. $15 food/beverage minimum per person not included in ticket price.
3. Seating first come at the door. Doors open 6 PM & 8:45 PM respectively.
4. Photography or Recording of any kind is prohibited during the performance.
5. Keep conversation to a minimum during the performance.