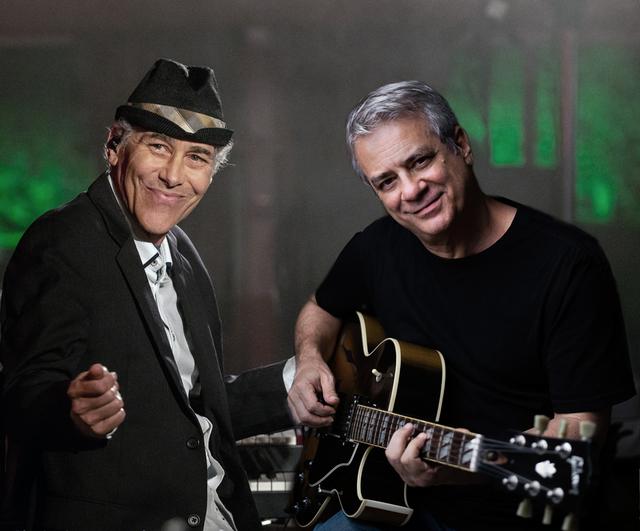 MD/DC native and Grammy winning keyboardist and composer Gregg Karukas teams with his long- time collaborator, Brazilian guitarist Ricardo Silveira for a brief US tour on both coasts. Their Soul/Jazz and Brazilian Party highlights music from their solo projects as well as tributes to Milton Nascimento, Herbie Mann, Jimmy Smith and other Soul/Jazz greats. Gregg made his first appearances at Blues Alley as the original keyboardist with Tim Eyermann and East Coast Offering and Natural Bridge, and has returned over the last 30+ years with his own shows and stints with guitarist Peter White. Gregg was a founding member of The Rippingtons in 1986 and has toured with Boney James, Dave Koz, Larry Carlton, Rick Braun, Shelby Flint, Melissa Manchester, Alphonse Mouzon, Brenda Russell and Jeffrey Osborne.

Gregg and Ricardo first toured together with Dori Caymmi and Sergio Mendes in the 1990's; Ricardo could be considered the "Larry Carlton of Brazil", and is a veteran of tours and hundreds of recordings with great Brazilian artists like João Bosco, Milton Nascimento, Ivan Lins, Elis Regina, Gilberto Gil, João Donato, Emílio Santiago, Hermeto Paschoal, Márcio Montarroyos, etc. Ricardo's first sessions in LA were on Gregg's "Key Witness" CD in 1990 and his distinctive guitar touch has been featured on almost all of Karukas' subsequent chart topping projects. Ricardo's CD's "Amazon Secrets" and "Small World" featured Gregg on keys, and all were among the top five played on the radio, with "Sky Light" and "Amazon Secrets" hitting #1.

Ricardo Silveira is one of the main voices of the Brazilian guitar. With a peculiar and sophisticated language, he shows a lot of personality in his compositions and has released many CD's between Brazil and the USA. His refined touch can be heard in hundreds of recordings and shows with great Brazilian artists like João Bosco, Milton Nascimento, Ivan Lins, Elis Regina, Gilberto Gil, João Donato,Luís Melodia, Emílio Santiago, Hermeto Paschoal, Ney Matogrosso, Márcio Montarroyos, etc.