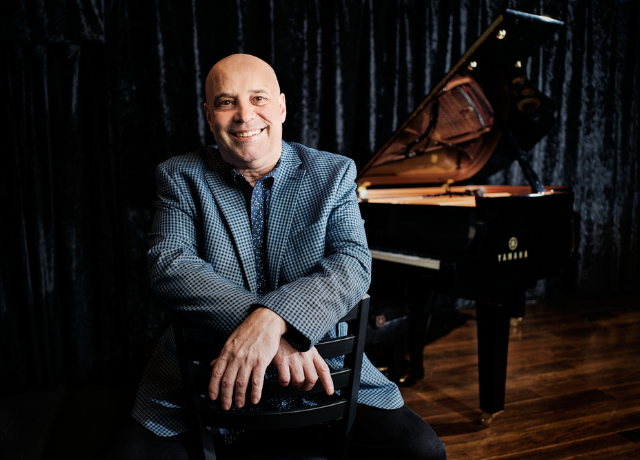 Yamaha-endorsed jazz pianist Larry Fuller will celebrate the music of his mentor and former boss, legendary Ray Brown.  Ray Brown is widely considered the greatest jazz bassist of all time with a career spanning 60+ years – from his early beginnings with Charlie Parker and Dizzie Gillespie, to Norman Granz’s Jazz at the Philharmonic, and as part of the Oscar Peterson Trio.

Larry Fuller and his Trio have direct lineage to the great master, with Larry Fuller and drummer George Fludas having both been members of the Ray Brown Trio!  Bassist Hassan Shakur (Monty Alexander Trio, Duke Ellington Orchestra) rounds out the Larry Fuller Trio, and is one of Ray Brown’s great proteges.

This tribute will celebrate Ray Brown’s musical legacy with performances from his great compositions and trio arrangements.  This very special concert at The Jazz Kitchen is not to be missed!

“In his amazing gossamer piano solos, he sprinkles stardust on whatever song he plays; you hold your breath in wonder.” ~ THE NEW YORK TIMES

“He brings a vitality – he swings hard and I like that!” ~ RAY BROWN, BASS LEGEND

Larry Fuller is an internationally acclaimed American jazz pianist, band leader, composer and clinician known to ‘swing like a beast!’.  He is a Yamaha-endorsed Artist.

Fuller is originally from Toledo, OH.  Early in his career, his undeniable talent earned him the position of musical director and pianist for vocalist Ernestine Anderson, pianist for drummer Jeff Hamilton’s Trio, and final pianist in Ray Brown’s Trio.  He has also toured and recorded with guitarist-vocalist John Pizzarelli.

Harnessing his extraordinary bandstand experience with the masters, Fuller now leads The Larry Fuller Trio.  He presents a musical program rarely experienced live today, consistently praised for his emotive, swinging style, monster technique, and program versatility.  From bop, to stride, to swing, to blues, Fuller’s live performances are simply not to be missed!