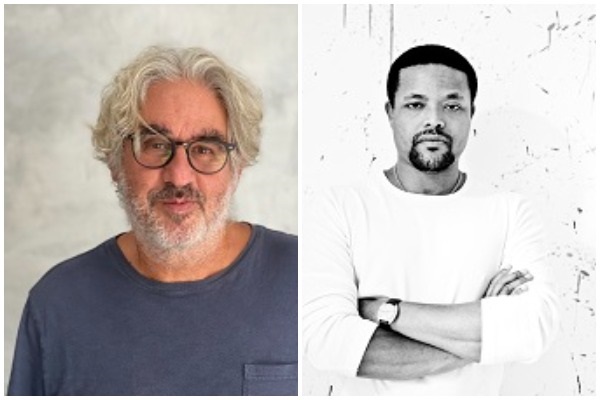 The title of The Coanda Effect references a phenomenon of physics, named for Romanian inventor Henri Coanda, that aids in aerodynamic lift; the title is apt because the record feels like a ceaseless, buoyant swirl of melodic and rhythmic energy.

Tim Berne has been declared “a saxophonist and composer of granite conviction” by The New York Times. Acclaim for the first, eponymous ECM album from Berne’s quartet Snakeoil came from far and wide, with The Guardian calling it “an object lesson in balancing composition, improvisation and the tonal resources of an acoustic band.” With the release of his second ECM album, Shadow Man, All About Jazz affirmed Snakeoil as “Berne’s most impressively cohesive group yet.”). You’ve Been Watching Me, saw Berne leading a quintet version of Snakeoil, adding guitarist Ryan Ferreira to the core group with Matt Mitchell, Oscar Noriega and Ches Smith.

Since learning at the elbow of St. Louis master Julius Hemphill in the ’70s, the Syracuse, New York-born Berne has built an expansive discography as a leader. In his pace-setting ensembles over the past few decades, he has worked with a who’s who of improvisers, including Joey Baron, Django Bates, Jim Black, Nels Cline. Mark Dresser, Marc Ducret, Michael Formanek, Drew Gress, Ethan Iverson, Dave King, Herb Robertson, Chris Speed, Steve Swell, Bobby Previte, Hank Roberts, Tom Rainey and Craig Taborn. As a sideman, Berne has made ECM appearances on recent albums by Formanek (The Rub and Spare Change; Small Places) and David Torn (prezens). The New York Times summed him up by saying: “Few musicians working in or around jazz over the last 30 years have developed an idiomatic signature more distinctive than Tim Berne.”

Nasheet Waits is an American jazz drummer and son of percussionist Freddie Waits. He is a New York native who has been active on the jazz scene since early in his life. Before pursuing a music career, he studied psychology and history at Morehouse College in Atlanta. He also holds a degree from Long Island University in music. While studying at L.I.U, instructor Michael Carvin secured Waits a spot in the percussion ensemble M'Boom, started by drummer Max Roach and Freddie Waits, in 1970. Waits has recorded or performed with Fred Hersch, Antonio Hart, Joe Lovano, Jason Moran, Andrew Hill, Ron Carter, Tony Malaby, Bunky Green, William Parker, Eddie Gómez, Casimir Liberski, John Medeski, Kurt Rosenwinkel, and Mark Turner.

Limited in-person seating: $25 / $15 full-time students with ID
Proof of COVID-19 vaccination is required at door.
Audience member receive a link to the recorded performance to enjoy for one week after the show.

Streaming cost is $15
The link will be revealed to live stream participants 15 minutes before the show
and will remain active through Dec. 12