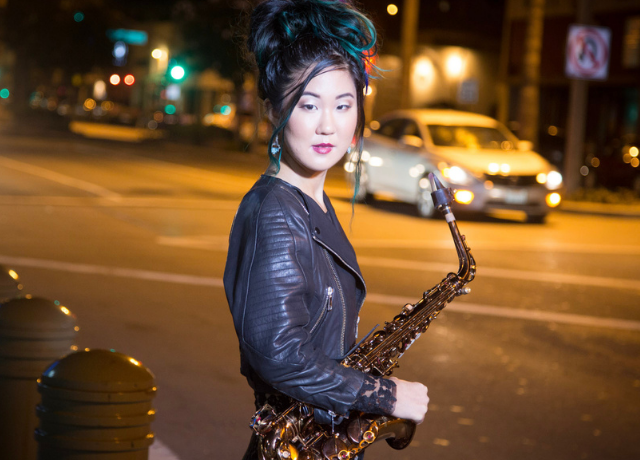 Grace Kelly is a ray of sunshine. Her electric charisma and infectious positivity radiate from the stage. Her genre-bending style weaves in jazz, funk, and singer-songwriter elements, pushing her to the forefront of the fusion scene. Grace's powerful saxophone playing, heartfelt vocals, and dynamic dance moves have left audiences smiling, dancing, and in emotional tears.

Grace believes music is a powerful medium that can inspire, heal, and connect us all. Her latest album was inspired by the words of incredible women who embody great courage and resilience, including Maya Angelou's "And Still I Rise," a poem that ignited much musical inspiration. The result of this album is a deeply personal collection of songs with anthemic beats, upbeat grooves, and soulful melodies and lyrics. Grace created this album to help people connect to their inner strength and voice and find the courageous hero within themselves. Get ready for a night that will lift your spirit and leave you wanting more!

Kelly’s early career featured performances at Barack Obama’s 2009 inauguration at age 16 and at 14 as a soloist with the Boston Pops playing an original composition arranged for the legendary orchestra; she has since then played over 900 shows as bandleader in 35 countries at venues like the Kennedy Center and Moscow Symphony Hall and for the Montreal, Newport, and Montreux international jazz festivals.