A Tribute to Duke Pearson featuring the Todd Simon Trio 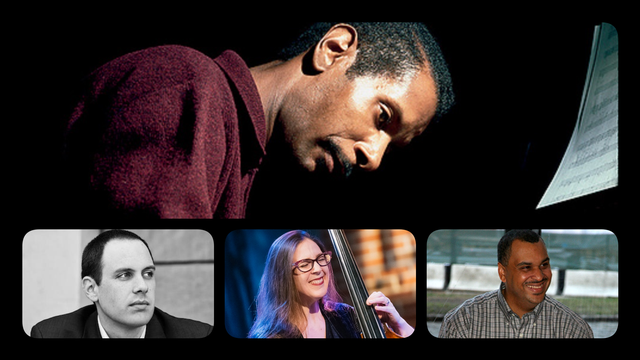 Friday August 21, tune into The Mainstay's LIVE broadcast of a tribute to pianist and composer Duke Pearson. $5 streaming pass, good for one week after show.

Pianist, composer, arranger and producer Columbus Calvin ‘Duke’ Pearson was born on August 17th, 1932. Duke started on piano when he was five but switched to trumpet at 12. He attended Clark College, then served in the Army from 1953-1954 with pianist Phineas Newborn, Jr. and trumpeter Louis Smith, and wrote arrangements for the Army Band. After returning to Atlanta, he reverted to the piano, joining the house band at the Waluhaje Ballroom and performing with Louis Smith in 1957-1958. At the urging of fellow musicians, Duke moved to New York City in January 1959. Trumpeter Donald Byrd heard Pearson, who soon found himself working with some of the finest jazz players of the day and recording for Blue Note Records, which would play a major role in his life.

Duke worked with the Art Farmer/Benny Golson Jazztet in 1960 before joining the quintet co-led by Byrd and baritone saxophonist Pepper Adams. He toured with  Nancy Wilson in 1961 and traveled with her to Brazil, which inspired the creation of one of his best-known pieces, ‘Cristo Redentor’. The tune appeared on Byrd’s Blue Note album A New Perspective (1/12/63), an ambitious recording which featured an 8-piece choir in addition to Byrd’s septet. After the death of saxophonist Ike Quebec on January 16th, 1963, Duke took his place as A & R man for Blue Note and continued in that capacity when Liberty records purchased the label from founder Alfred Lion in 1966 (Lion retired in 1967). Duke’s arranging skills were used by many Blue Note artists and he later served as producer for a number of sessions. He also recorded for Atlantic records during this time, although one session was lost in a warehouse fire.

Pearson and Byrd formed a big band which made its debut at Carnegie Hall in 1966 and subbed for the Thad Jones-Mel Lewis band at the Village Vanguard in February 1967. The two bands shared personnel, notably Pepper Adams, Jerry Dodgion (alto sax) and Garnett Brown (trombone). The big band (with Pearson as sole leader) made two recordings for Blue Note, Introducing Duke Pearson's Big Band (12/15/67) and Now Hear This (12/3/68). They performed four times for Baltimore’s Left Bank Jazz Society, and selections from their concert on 4/27/69 were released by Uptown records. In the late 1960s, Duke began incorporating Brazilian music into his repertoire, and introduced several Brazilian artists to U.S. audiences, notably vocalist Flora Purim, percussionist Airto Moreira and multi-instrumentalist Hermeto Pascoal.

Although Duke’s last session for the Blue Note was in 1970, he continued his production work for them until the mid-1970s. He reformed his big band in 1972 and started a new residency at the Half Note in 1973. Duke Pearson died on August 4th, 1980 at Atlanta Veterans’ Hospital from multiple sclerosis.