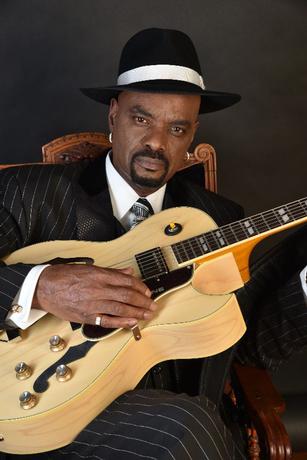 Creating provocative album titles that give insight into his current musical state of mind, Nick Colionne has done it all in his multi-faceted career. He’s mastered the art of Keepin’ It Cool (2006), transcended musical boundaries to explore realms where there are No Limits (2008), fired up his thousands of worldwide fans with Feel the Heat (2011) and dug deep into his musical soul to share some of his deepest jazz and R&B Influences (2014).

While keeping up his whirlwind pace of 75-plus shows per year as one of the genre’s most tireless and explosive live performers, he made history with his 2016 collection The Journey – becoming the only artist in the history of the format to score five consecutive #1 singles on the Billboard Smooth Jazz National Airplay and Smooth Jazz Songs charts from a single album.

What is the secret to Nick’s extraordinary impact? The title of his 2018 Trippin’ ‘N’ Rhythm album says it all! Keeping his incendiary, yet heartfelt mix of jazz, R&B, funk blues and soulful, seductive vocals fresh, funky and innovative every time out, Nick works his magic by… Just Being Me.

8PM / $30 Get Tickets
*Please note:
1. Final sale, no refunds, not transferable.
2. $12 food/beverage minimum per person not included in ticket price.
3. Seating first come at the door. Doors open at the earliest of 6 PM & 9:45 PM respectively.
4. Photography or Recording of any kind is prohibited during the performance.
5. Keep conversation to a minimum during the performance.