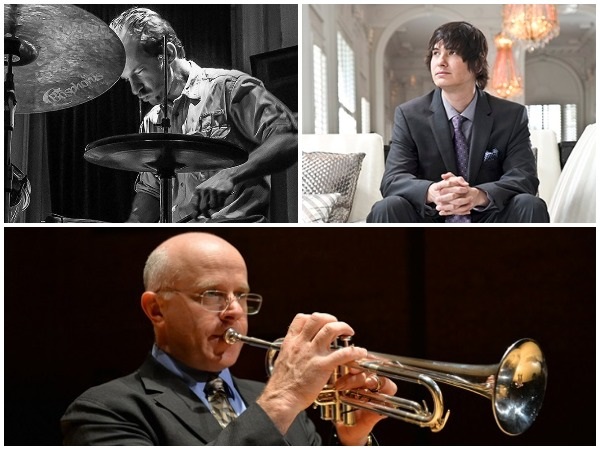 Trumpeter/Composer Dave Ballou has released nine internationally recognized CDs as a leader or co-leader. He has performed or recorded with ensembles led by an extensive list of jazz personalities. Ballou has performed Bach's Brandenberg Concerto #2 with the Bella Musica Orchestra of New York, Larry Austin's Improvisations with the Boston Modern Orchestra Project, and Gunther Schuller's Journey into Jazz with the Spokane Symphony and Boston Modern Orchestra Project. He was a featured soloist for the world premiere of Schuller’s Encounters and an orchestra member for the Tony Award winning Broadway revival of 42nd St. (2001-2004). His compositions have been performed and recorded by the Meridian Arts Ensemble, Trumpeter Jon Nelson, French hornist Adam Unsworth and the TILT Brass Ensemble.

Ballou is an Associate Professor of Music and the division leader for the Jazz and Commercial music division. He teaches Jazz trumpet, Jazz and Commercial composition, Jazz theory and improvisation, Jazz arranging, and Jazz history. He is director of the Bill and Helen Murray Jazz Residency ensemble and the Improvisation ensemble. Ballou, a member of the International Society for Improvised Music, serves on the jazz committee of the International Trumpet Guild and as a board member of the Baltimore Chamber Jazz Society.

Streaming cost is $5
Donations are welcomed.
The link will be emailed to you approx. 15 minutes prior to the show
and will remain active through June 9