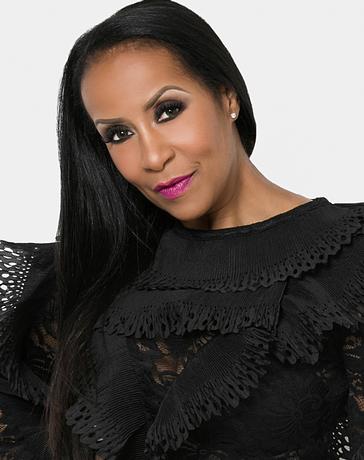 Angela Stribling is probably best known for her television career on BET as Host of Screen Scene, the networks premier entertainment news show. Stribling discovered her love for singing at the age of 4. Classically trained, she hones her jazz skills at various venues around the world including the world famous Blue Note in New York City.

With her distinctive voice, appealing beauty, smoldering spirit and a heart with room enough for all, she is internationally adored and a precious jewel of the Nation’s Capital.

She released a rendition of "Pillow Talk" produced by multiple Grammy award winner, MARCUS MILLER and featuring WILL DOWNING and GERALD ALBRIGHT. Angela's sexy rendition is a modern take on a classic made famous by trailblazer Sylvia Robinson in the soulful 70’s. The stunning beauty is also lends her bold, athletic and ageless visage for noble charitable organizations and apropos branding affiliations for fitness, beauty, fashion and lifestyle product lines. With her sparkling personality, demeanor of dignity and eloquence, Stribling makes a positively and powerful presence as a songstress, voiceover artists. spokeswoman, and mistress of ceremonies for Class ‘A’ awards shows and events. Blessed with a unique, soothing voice, Angela's main passion remains singing Jazz at every opportunity.

8PM / $25 Sold Out
*Please note:
1. Final sale, no refunds, not transferable.
2. $15 food/beverage minimum per person not included in ticket price.
3. Seating first come at the door. Doors open 6 PM & 9:45 PM respectively.
4. Photography or Recording of any kind is prohibited during the performance.
5. Keep conversation to a minimum during the performance.