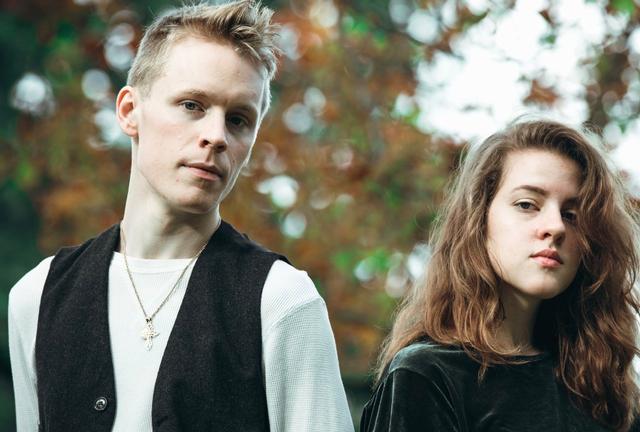 “From their vocals to their instrumentation to their deceptively complex, sublimely euphoric arrangements, Gentle Temper escape fault. An ability to subtly shift any given song’s dynamics, effortlessly evolving from contemplative, windswept panoramas to passages that express determination through deftly chugging rhythms, never fails to impress… In a genre that can feel dreary and limp, Gentle Temper circumvents this pitfall with craftsmanship, authenticity and charisma.”
- Andy Kaufmann,
Music Connection Magazine

Gentle Temper is a new-age folk duo from Boston, Massachusetts. Ryan Meier and Marion Earley began their journey as a duo in the fall of 2016 and molded their sound into what Deli Magazine called “harmony-laced smokey folk”(1). They have toured the northeastern U.S. extensively over the last three years, opening for nationally touring bands the Ballroom Thieves, the Western Den, Honeysuckle, Bombadil, the Family Crest, LOLO, Town Meeting, and Julie Rhodes. The duo have played in support of numerous charitable organizations including Relay for Life, Chikombuso Women & Orphans Foundation, the Beauhawks Foundation, the ACLU, and the Animal Refuge League of Portland.

NEW RELEASE: Gentle Temper's latest single, "Triple Dog Dare", is set to be released on all streaming platforms on October 4th, 2019, just three days shy of the anniversary of the release of their debut album, “Our Warm Red Light”. “Triple Dog Dare” began as a poem describing a moment of contemplation and observation of Earley's own life and of the world around her. The poem has since morphed into a song that is, at its core, an individual's personal call to action; a reminder that we do have control over our circumstances, and that we hold the power to change them as we see fit.