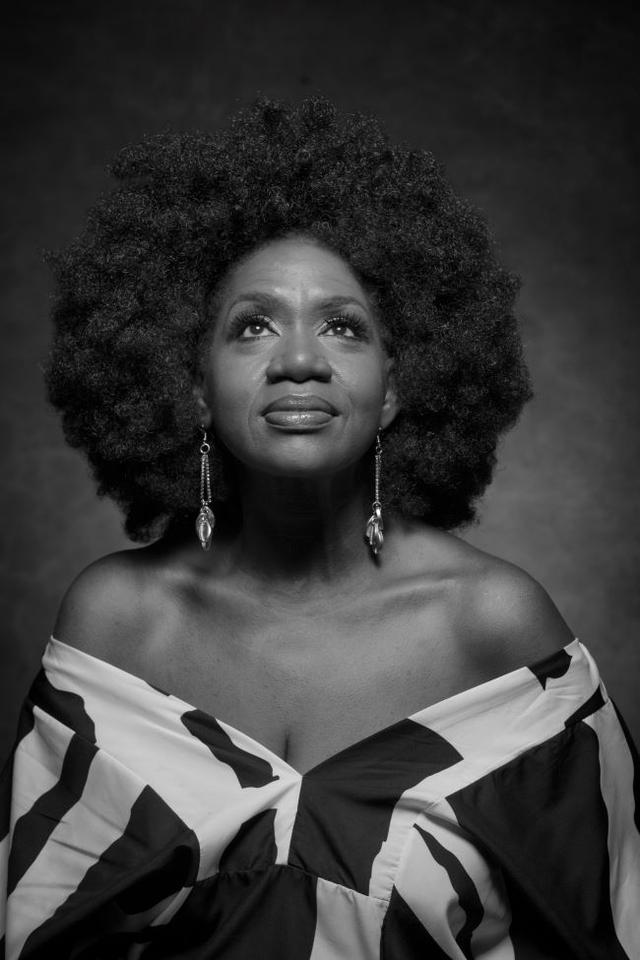 Don't miss Washington, D.C. standout Sharón Clark as she returns from a triumphant European tour!  She's joined by Paul Carr (Sax), Chris Grasso (Piano), Zack Pride (Bass) and Lenny Robinson (Drums). Ms. Clark has brought festival and concert audiences to their feet across the globe.  And wherever she performs, the critics take notice:

“You can’t underestimate the transformation of what seems like an ordinary song when an interpreter like Sharón Clark tears it apart and peers inside."

“A revelation . . .  I never thought I'd hear a singer with the range, musicality and command of tone and timbre that was Sarah at her best, but now I have.”

“Sharón Clark’s impeccable scat singing, phrasing and ability to improvise have made her one of the most popular American jazz vocalists in Russia.”

Ms. Clark has made countless international tours, from Europe to Southeast Asia, the Middle East and Russia, where she has developed a major following. Ms. Clark has performed as a featured soloist with the Duke Ellington Orchestra, Smithsonian Jazz Masterworks Orchestra, the Richmond Symphony, and the Baltimore Symphony.  She has appeared in countless festivals at home and abroad.  Both the Smithsonian Jazz Masterworks Orchestra and The Ludacris Foundation chose Ms. Clark to perform for their separate tributes to Quincy Jones. Ms. Clark won the top prize at the Savannah Music Festival's American Traditions Competition. She then took first place in the Billie Holiday Vocal Competition, along with a featured appearance with the Baltimore Symphony.  For more information, visit www.sharonclarkjazz.com.

Please note: There is a $25 food and beverage minimum per person in the dining room. You are buying tickets that are not refundable or exchangeable. Please review our additional purchase policies.