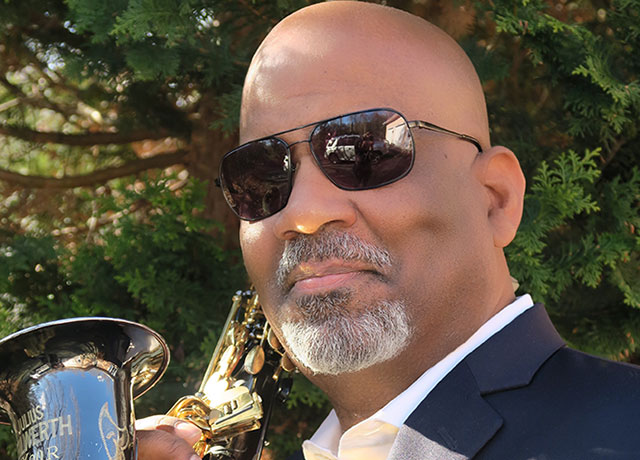 Since 1998, Beasley has been one of the ten highest selling saxmen in the world while continuing his highly influential work as a full professor of music at his alma mater, The Berklee School of Music. Beasley, also the highest selling full-time teacher ever, celebrated his 20th year as a best selling artist in the grand style to which he's accustomed', adding to his extraordinary total of over 800,000 units sold.

Over the past two decades, saxophonist Walter Beasley has artfully and dynamically redefined the phrase "musical Renaissance Man" for the modern generation. Considered by fans and critics alike as "the heir to Grover Washington Jr's throne," the Boston-based musician has long mastered an exhilarating high wire act of balancing a successful career as a contemporary jazz recording artist and performer with an equally thriving presence in the field of music education. This past year, Beasley has also begun reaching out to the younger generation, sharing his experiences and educational expertise through "saxtalk blogs" on his MySpace page and clips on YouTube . In addition, in February 2008 he begins online saxophone lessons live via web cam, and he is offering on his website tracks of his recent chakra meditations on sax.