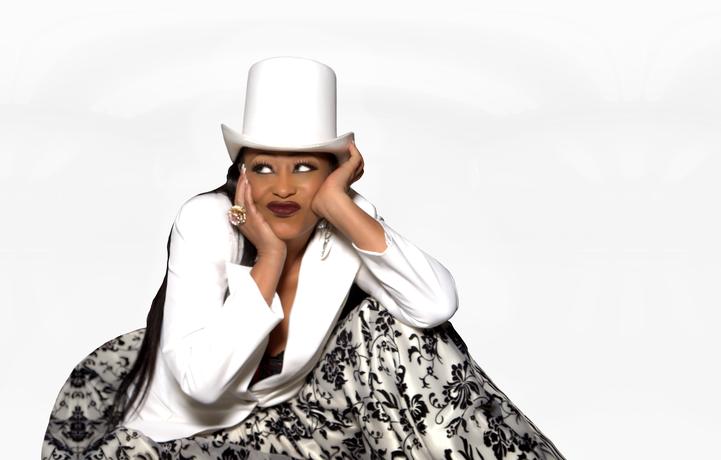 Miki Howard represents passionate vocal artistry wrapped in a diminutive package of beauty, sass and candor. Grammy-nominated Howard already has a stunning catalog of music wide ranging in style – from the breezy “Come Share My Love” and the steamy funk of “Ain’t Nobody Like You” to her soul-stirring signature “Love Under New Management,” the jazzy “Imagination” and the inferno that is “That’s What Love Is” (her duet with the late, great Gerald Levert).

The one and only Miki Howard is a Grammy nominated, Soul Train Award winning and critically acclaimed Jazz and Rhythmand Blues songstress.  Miki has had two #1 singles (“Ain’t Nobody Like You” and “Ain’t Nothin’ In The World”), five Top 10singles (“Baby Be Mine, That’s What Love Is, Come Share My Love, Until You Come Back To Me (That’sWhat I’m Gonna Do)” and her signature hit “Love Under New Management”), one Top 20 single (“Imagination”) and four Top 100 singles (“Come Back Lover, Crazy, Come Home To Me” and “Release Me”) on the Billboard R&B Singles Charts. Miki has also had two Top 10 albums (“Miki Howard” and “Femme Fatale”), two Top 20 albums (“Come Share My Love” and “Love Confessions”) and three Top 100 albums (“Miki Sings Billie, Three Wishes” and “Pillow Talk”) on the Billboard R&B Album Charts so far in her career. Miki even played the role of one of her idols, the great Billie Holiday in Spike Lee’s film “Malcolm X” alongside Denzel Washington.  Miki has collaborated and toured with music greats like Al Jarreau, Roy Ayres, Marcus Miller, David Sanborn, Jermaine Jackson, Hiroshima, Wayne Henderson, Ronnie Laws, Augie Johnson and Side Effect, Tom Browne, Chucki Booker and Norman Brown.  Miki released her latest CD, “Live In Concert” in 2015 and in 2016, her incredible career and journey was turned into a movie “Love Under New Management: The Miki Howard Story” for TV One debuting on June 12, 2016.  Miki Howard is now touring the US and abroad, combining her chart topping hit songs with a mixture of Jazz, modern standards and good old blues to create a musical feast for the heart and soul.

7PM / $50 Get Tickets
*Please note:
1. Final sale, no refunds, not transferable.
2. $15 food/beverage minimum per person not included in ticket price.
3. Seating first come at the door. Doors open 6 PM & 8:45 PM respectively.
4. Photography or Recording of any kind is prohibited during the performance.
5. Keep conversation to a minimum during the performance.